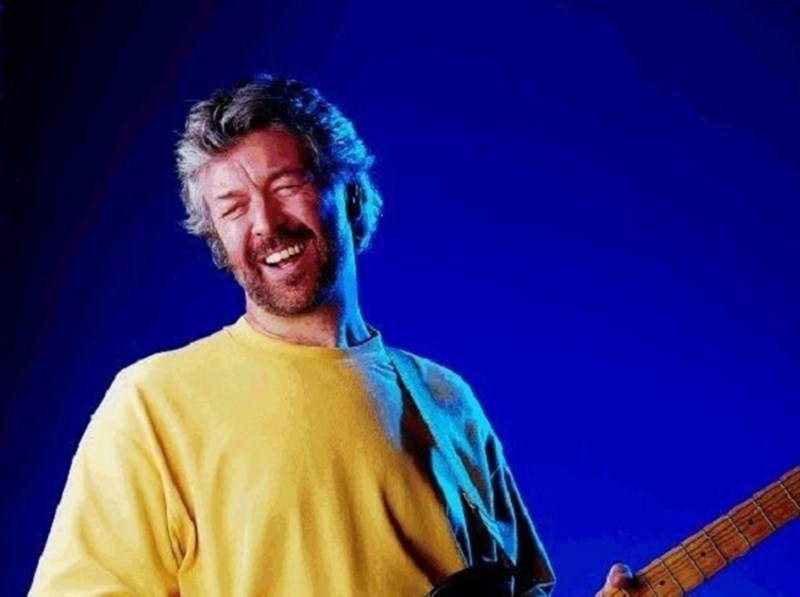 Classic Clapton the world's no.1 Eric Clapton tribute band featuring front-man Mike Hall. The band formed in 1985 in Newcastle long before the term tribute band was invented, and named themselves After Midnight after Eric Clapton's first solo hit...

The band was formed in 1985 in Newcastle Upon Tyne long before the term 'tribute band' was invented, and named themselves After Midnight after Eric Clapton’s first solo hit. Their ability to re-create Clapton’s electrifying stage performances really caught the audience’s imagination. Guitar / vocalist Mike Hall, the bands front man who not only looks like Eric, he sings and plays guitar like him too!

In 1999, Mike won a national look-a-like competition held at Madam Tussauds in London. Mike has met Slowhand twice, and even received a message of encouragement from the guitar maestro (written on a Concorde menu).

Tyne Tees Television were so impressed, they made a programme about them, called 'Cover Their Tracks'. They filmed the band's concert at Newcastle Opera House in front of 600 ecstatic fans. It was shown in August 2000 and received rave reviews, leading to national recognition.

In 2001 they embarked on an extensive tour of UK theatres. They called the tribute show Classic Clapton. Since then, they have continued to perform throughout the UK and Europe including concerts at The Royal Festival Hall, London and a triumphant appearance at Glastonbury Festival in 2002. The band has toured Ireland, Scotland and Wales numerous times. They headlined an international music festival in Estonia in 2004 and were invited back for another successful concert in 2007. They also appeared at the prestigious Sotogrande Blues Festival in Spain in 2007 and were invited back to Spain to perform in Madrid in January 2008.

In May 2008 Classic Clapton played at The Acoustic Festival of Britain. It was a great honour for them to perform straight after Fairport Convention and just before Jethro Tull. In the past 23 years Classic Clapton have become something of a rock institution.

The band has released three albums: firstly The Music Of Eric Clapton, which contains brilliant cover-versions of 17 Clapton Classics. Their second album, a live double CD Classic Clapton Unplugged was recorded at Belfast Waterfront Hall. In 2005 they released their third album, Classic Cream featuring 20 songs by the sixties supergroup.

Eric Clapton has been a major international star since the mid 1960’s, when he revolutionised electric guitar playing with virtuoso performances in John Mayall’s Bluesbreakers. He has won an incredible 19 Grammies and is the only triple inductee into The Rock & Roll Hall Of Fame (as a member of both The Yardbirds and Cream and also as a solo artist).

Classic Clapton perform authentic versions of all the popular Clapton Classics including Wonderful Tonight, Tears In Heaven, Crossroads, Lay Down Sally, I Shot The Sheriff, Sunshine Of Your Love, Cocaine and of course Layla!

The whole of Clapton’s illustrious career will be covered including The Bluesbreakers, Cream, The Yardbirds, Derek & The Dominos and the solo years. There will even be an 'Unplugged' segment.

“Wonderful Tonight … that’s CC... every track was played to perfection. The evening was enjoyed by all, and the Classic Clapton guys would be welcomed back any time with open arms. If you get the chance to see this brilliant band, take it. I guarantee you will not be disappointed.”
- Jon Wallis, Extract From Clair Magazine, West Sussex

“Mike Hall and his fellow musicians filled this nice medium sized theatre in Livingston and played the sounds of classic Eric Clapton to a very appreciative audience. For those of you who bemoan the arrival of 'tribute' acts I say, that if you are selective about which ones you go and see, you can have a cracking good night out. Tonight we were taken through the full range of Eric's career with Mike and the band paying homage to Eric and doing so in great style... Full marks to Classic Clapton.”
- Graeme Scott, Classic VRN1287 & Blues Matters Magazine

Up to 2 hours of material available in each show.
There is also the Classic Clapton unplugged show that is an acoustic duo with Adam Howells, no live band.