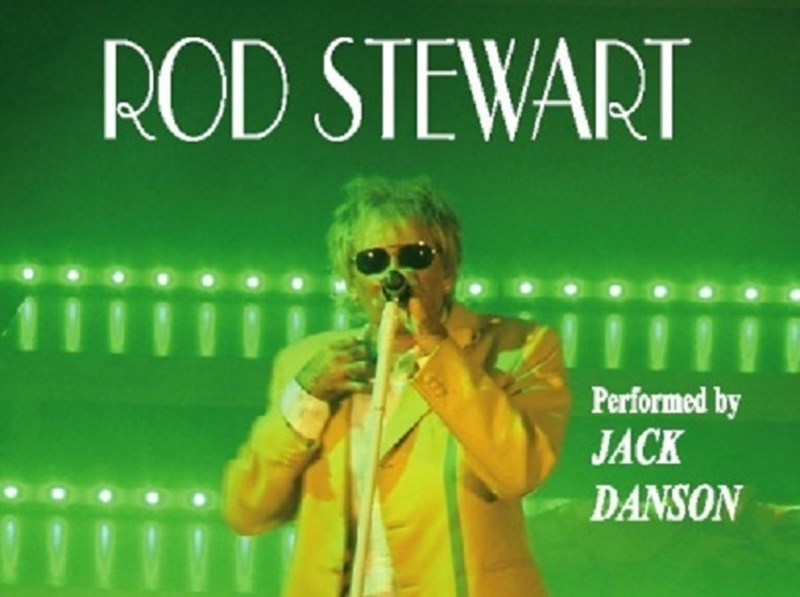 After his successful appearance on Granada Television's 'Stars In Their Eyes' Jack Danson has become the UKs number one Rod Stewart tribute act, whilst he also regularly performs at many worldwide locations...

Jack's adventure into show business began at the tender age of 15 travelling around Europe, singing in bands and taking no short-cuts into perfecting his talents and becoming THE leader in his field. His tribute act came as an accident to himself, however it was of no surprise to his family and friends because he was in fact already the UKs most in demand and talked about front man on his circuit.

After his successful appearance on Granada Television's 'Stars In Their Eyes' he has become the UKs number one Rod Stewart tribute act, whilst he also regularly performs at many worldwide locations. This incredibly popular show incorporates all the hits and standards from Rod Stewart's biggest selling albums.

Jack is currently in his 10th successful year at the award winning Legends In Concert show hosted in Blackpools Central Pier and he is without doubt a major force within the show.

Jack has made several television appearances over the past decade, toured major theatre and concert halls around the world with his 'Rod Stewart Tribute Show and has even been chosen to perform in front of various celebrity audiences. Sharing Rod Stewarts passion for football, Jack is delighted to also have been invited to perform at several pre-match arena events to large crowds, some in excess of 40,000 people!

Jack Danson can also be booked with a live band - please call for prices...