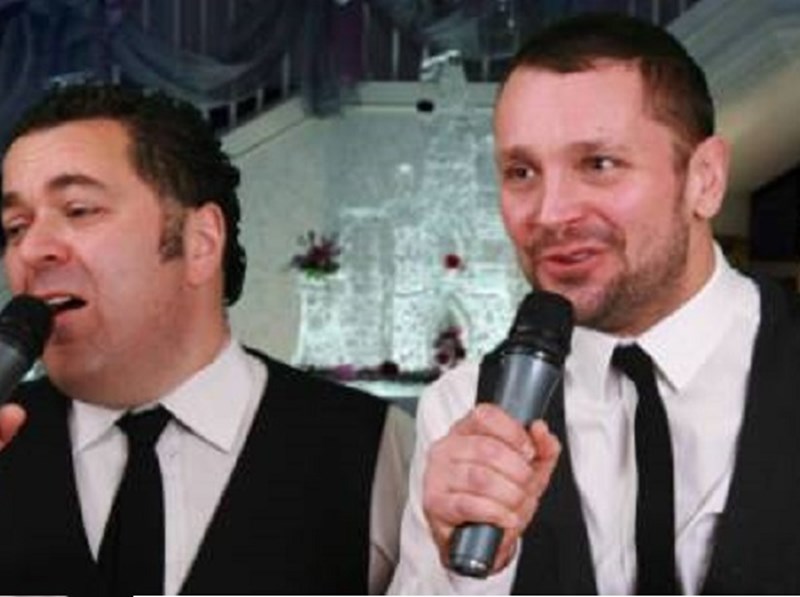 The Superb Singing Waiters will surprise your guests with an impromptu performance and supply all of your evening entertainment aswell in one great package!

The Superb Singing Waiters will surprise your guests with an impromptu performance and supply all of your evening entertainment aswell!

With years of professional experience between them, these guys never fail to whip an audience into a frenzy. This is high-energy big impact entertainment which will get everyone, old and young, dancing, clapping, singing and having a great time.

So if you are looking for an act that just blends into the background…This really isn’t it!

More about the Superb Singing Waiters:-

Mario Megaro - has been a professional entertainer for 15 years and in that time has fronted many bands performing at wedding receptions, corporate functions, birthdays, balls and anniversaries all over the UK. He has played the lead role in touring theatre productions and has been a solo singer and entertainer at more than 500 weddings. Mario will sing ballads with the smoothness of the Temptaions, scream like James Brown and rock out like John Bon Jovi! He has a high vocal range that does justice to the likes of Bruno Mars and Sting. Whatever the song choice,  Mario will make it sound amazing!

Matt Jansen - studied music at York University and after graduating took the lead role in the West-End production of “The Official Tribute To The Blues Brothers”. He toured with this show for four years around the UK and Europe. Matt also starred in “The Rocky Horror Show” as Eddie and Dr Scott for a year long tour of Europe. Matt then formed the band “Blackbelt Jones” a collaboration with World renowned musicians and toured and recorded extensively for two years. Matt has also performed at hundreds of wedding receptions and corporate events, nationwide... Matt’s vocal range and power combined with his electric performances make him an in demand presence on both the British and European music scene.

How does it all work then?

The scenarios can be tailored to whatever suits your individual needs but here are some examples of popular choices. Please feel free to give us your ideas….after all it’s your event!

That's not all though...The Superb Singing Waiters will supply ALL of your evening entertainment coming back as either:-

...One point of contact for the whole day, keeping things nice and simple for you. Check out the packages in 'Booking Options'...

Numerous packages which looks after entertainment for the afternoon and evening. This means ONE point of contact for you for the whole day. Simple!

PLUS - all of your evening entertainment, which can be any of these shows or a combination as a duo:-

Superb Singing Waiters Plus (most popular)

PLUS - all of your evening entertainment, which can be a choice of three 4-piece bands:-

PLUS - all of your evening entertainment including

...and DJ until midnight

PLUS - all of your evening entertainment including:-

...and DJ until midnight