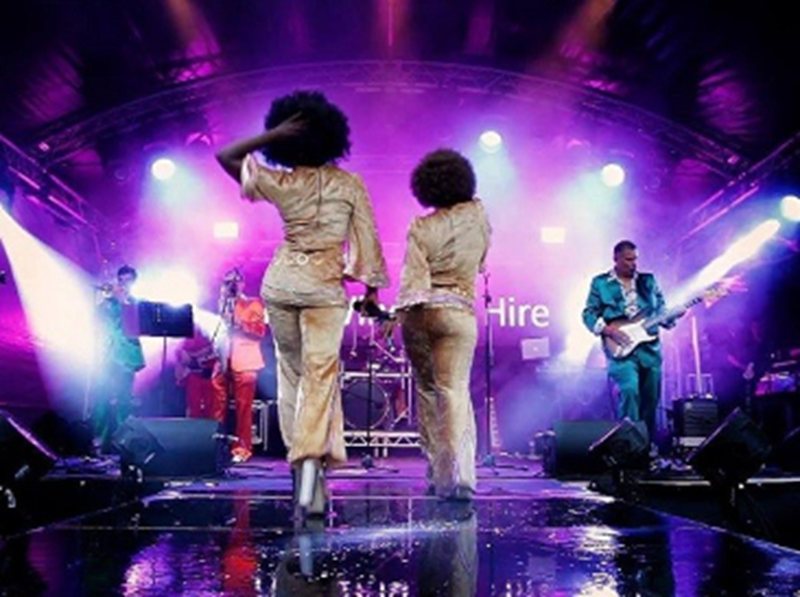 Earth Wind For Hire - The liveliest & no.1 70s Disco Show in the U.K! Earth Wind For Hire are a superb 8-piece band of top quality professional musicians that have been there and done it all including an appearance at the Glastonbury Festival in 2004!

The liveliest 70s disco band in the UK! Colourful, funky and authentic in every detail, Earth Wind For Hire's show will keep dance floors packed and convince audiences that they have gone back in time to the heady days of the seventies.

Earth Wind for Hire is fronted by 3 vocalists, who are each an aural and optical delight!  They are carried along by a an excellent 6 piece rhythm section comprising of guitars, keyboards, bass drums and brass creating a beat that is both relentless and totally infectious. Together, they pay homage to those 70’s dance floor giants- see their set list for examples!

"We had a fantastic event!  SO many great comments on social media about our headliners, Earth Wind For Hire!!! I'm glad we booked them!"  - Carole Hall, WRDE UP MUSIC FESTIVAL