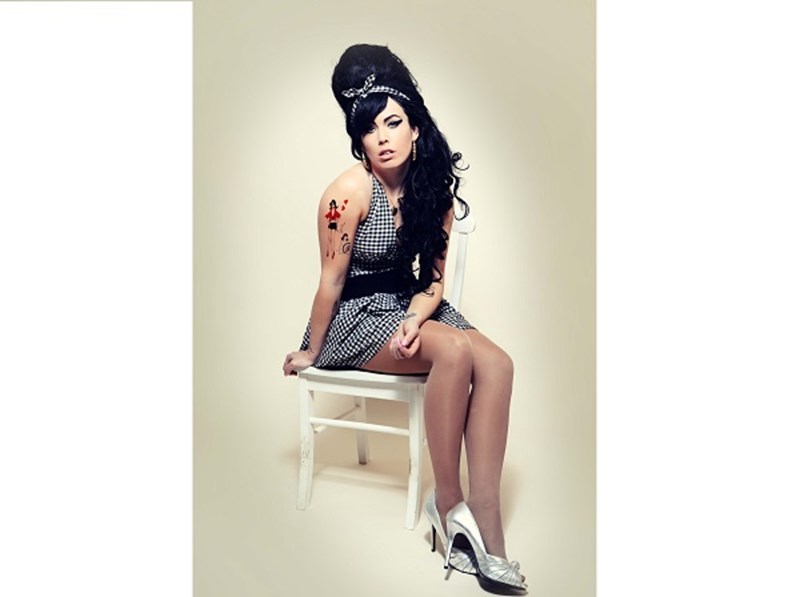 Amy Winehouse was Vicky Jackson’s first ever tribute act, and the one she holds dearest to her heart. As a result, Vicky’s attention to detail and painstakingly accurate interpretation of Amy’s mannerisms and vocal style ensures a show which captures the very spirit of Amy Winehouse. Selecting the very best of Amy’s recordings and delivering them in her unique and unforgettable way. Complete with behive and tattoo’s this Amy Winehouse Tribute Show is sure to go down a treat.

Vicky is well known throughout the entertainment industry as one of the finest acts available and her Amy Winehouse Tribute Show has been going down a storm in the UK and Europe, attracting bookings from as far afield as Dubai during 2009, her second full year performing as Amy.

Vicky Jackson continues to be the number one tribute to the British jazz superstar, and has perfected the movements and mannerisms that on that make this Amy Winehouse Tribute stand out from the rest. Furthermore, as a huge fan of the ever popular Miss Winehouse, Vicky has been attending her live shows since 2005 and has perfected the distinctive jazz sound of Winehouse’s live vocals that have made her one of the most distinctive performers of this generation and Vicky the finest tribute to Amy Winehouse on the circuit.

Vicky delivers an unforgettable tribute to Amy Winehouse from including all well known covers performed regularly in her live shows including Sam Cooke’s Cupid and several tracks from The Specials.

Vicky Jackson’s superb Amy Winehouse Tribute Show continues to astound audiences of all ages up & down the UK and abroad and once you have seen the show once you'll want to see it again and again.

The show can be combined with any one of Vicky's other shows, Lady GaGa, Pink, Katy Perry or the Jessie J show!

"Friday evening with Vicky was a great success and a good night was had by all. We will definitely have her back to perform next year!"
- Debra Johnson, Commercial Executive, Chesterfield Football Club