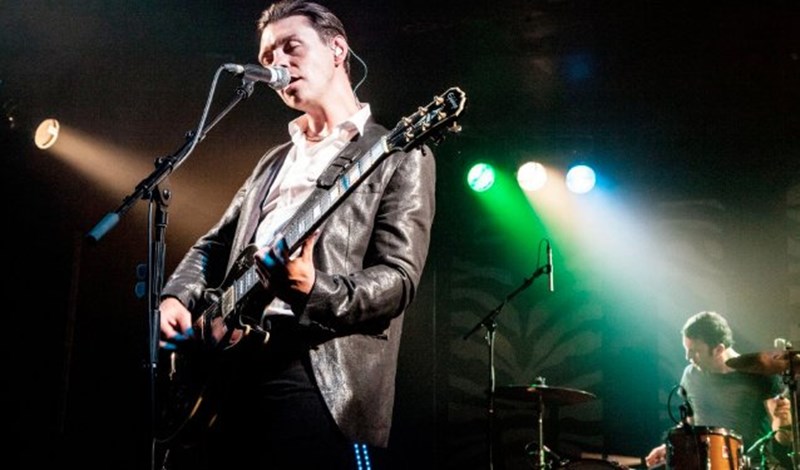 From the release of the Arctic Monkeys first album, ‘Whatever People Say I Am, That's What I'm Not', the phenomenon soon swept the UK. Four guys from Wolverhampton realized the Arctic Monkeys would become an arena band and not play smaller venues.

Formed in March 2006 from a jamming session, The Antarctic Monkeys took a big chance in which they became a phenomenon in their own right, travelling the UK, playing venues armed only with one album of material.

The success continued with two tours of Ireland and the Shetlands. The demand for the Antarctic Monkeys is ever growing.

This has opened the door for other tribute bands to rise for other current chart topping artists.

Since the release of the Arctic Monkeys second album, ‘My Favourite Worst Nightmare’, the Antarctic Monkeys set is as powerful and as energetic as the real thing and they have now become one of the country’s leading tribute acts.

The Antarctic Monkeys are currently booking gigs nationwide with some of the biggest agencies in the U.K, guaranteeing that they will soon be at a venue near you!

With rave reviews appearing in Q magazine and the Sunday Telegraph the lads have also had praise and approval from the parents of the real Arctic Monkeys.

Here's what others have had to say about the Antarctic Monkeys:

"A triumph of opportunism, a joke that one year on has become a phenomenon, their popularity has opened the floodgates for similar indie tributes, from Johnny Borrell clones, the fillers, to Razorlike and the Kaiser Killers".
(Q Magazine)

"The real stars of the weekend are, without doubt, the Antarctic Monkeys. Armed with little more than one album from which to construct their set (albeit an album from which the entire audience knows the words to every single track), they're scorching and even earn themselves an encore. They play You Look Good on the Dancefloor a second time but the audience certainly doesn't mind. If Alex Turner and Co really dislike publicity so much, they could do a lot worse than paying the Antarctic Monkeys to do their tours for them".
(Jenni Cole Glastonbudget 2006)

"Salt of the earth and not pretending to be anyone other than the heroes they so honourably copy, the Antarctic Monkeys are an invigorating and uplifting group of musicians who'll no doubt be playing when the sun goes down on the real band".
(Joe Cooksley BBC Somerset)

"In the middle of a steaming crowd, a couple of dozen burly young men are hurling themselves around in time to the music, sending glasses, bottles and the occasional teenage girl flying. At one point the scrum spills into the band itself, knocking over microphones and cymbals. As the song finishes, the pub landlord takes to the stage and appeals for calm. It's a great set by a great band, lads, but let's chill out a bit, eh?' It is, in short, what you might expect from a live performance featuring the music of Britain's most explosive rock outfit. Except the musicians on stage are not the Arctic Monkeys, Sheffield's internet phenomenon. They are the Antarctic Monkeys, four blokes from Wolverhampton giving a brilliant musical impression of the real thing".
(Sunday Telegraph)