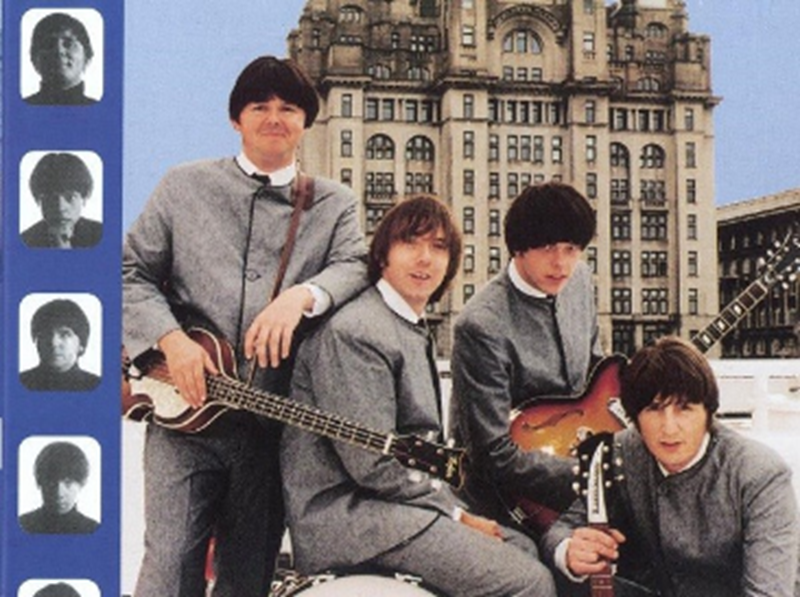 The Fab Beatles Formed in 1991 & have risen to be one of the most sought-after Beatles tribute bands in the world today. The Fab Beatles perform all over the UK, Europe, Middle East & the Americas...

The Fab Beatles formed in 1991 and have risen through sheer hard work & dedication to be one of the most sought-after Beatles tribute bands in the world today, with concerts performed all over the UK, Europe, Middle East & the Americas.

The Fab Beatles show starts with early "Hamburg" material & goes right through all the singles & album tracks to "Let It Be" & the "break-up", with a repertoire that is second to none!

Chosen by the BBC as "The Best" & commissioned by EMI to promote the "Beatles 1" CD. On Sunday 19th, November 2000, THE FAB BEATLES were invited by EMI to perform the whole of “BEATLES 1” live at The Cavern in Exeter; as part of the album’s promotion!

The Fab Beatles pride themselves on professionalism & attention to detail & It's well documented that the Fab's sound is the closest you will ever hear to the originals.

The Fab Beatles use only authentic instruments & costume & can now boast to have the very drum-kit Ringo used on The Beatles 1964 American tour no-less!

The Fab Beatles are the industry's choice & considered the ultimate standard to aspire to by other acts.

Option 1 1 x 60-75 minute set
This is basically a "greatest hits" selection containing all the No 1's from "Love Me Do" through to "Let It Be", the emphasis being to keep everyone on the dance-floor & fully entertained (costume is normally the 1965 look/ Beige "Shea stadium" jackets with black polo-neck shirts).

The Fab Beatles can also offer any variation of sets & set lengths/ including 3 x 30 minute sets or 4 x 25 minute sets, though due to time-constraints this is rarely requested but is always an option!

The Fab Beatles provide their own PA system & lights - PA system is approximately 4000 Watts (Stereo) this is normally sufficient for most venues.

Michael Parkinson
'The Fab Beatles are truly Fab - and I know 'cos I saw the other lot'.
Jonathon Ross
'I think the Fab Beatles were excellent and definitely the best'.
Terry Wogan
'A Fab act'!
Stan Parkes - John Lennon's cousin
'I must say, that their presentation of The Beatles is excellent. In fact, I could quite believe that I was actually listening to The Beatles I am sending a copy to Julia, John's sister'.

See biography for various booking options. The Fab Beatles can provide a DJ service up until midnight for weddings and corporate events...