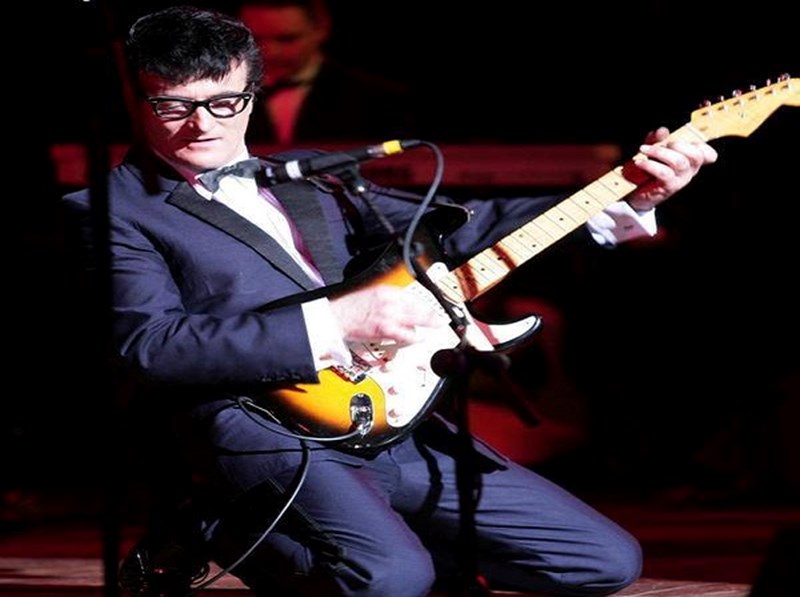 Having come through the auditions ahead of 4000 other artistes, Marc Robinson is the only Buddy Holly tribute act to have been chosen to appear on Stars In Their Eyes...

Having come through the auditions ahead of 4000 other artistes, Marc Robinson is the only Buddy Holly to have been chosen to appear on Stars In Their Eyes. Hes electrifying performance began a journey that has seen him firmly established as the Number 1 Buddy Holly look and sound a like in Europe.

His near obsessional attention to detail, from the wild knee dropping presentation, exact song arrangement, tailor made suits, horn rim glasses and fender stratocaster guitar, has been admired by the people who really knew Buddy, as well as those who saw him on stage.

Marc has toured extensively throughout the UK and abroad with his band The Counterfeit Crickets. A recent booking took him to Athens, Greece where his energetic show had the audience, including the British Ambassador, hopping around the dance floor.

One of the many highlights of Marc's career to date was when he was asked to play at Sir Cliff Richard's 50th birthday party at the N.E.C in Birmingham. Marc has performed with many of the top rock 'n' roll stars such as the Crickets, Bill Hayleys Comets, Marty Wilde, Joe Brown and many more. He has also made appearances at the Glastonbury festival and the Brit Awards.

Available as a solo Buddy Holly tribute or with a live band.

"Marc was outstanding, everyone thoroughly enjoyed his show.
I would have no hesitation in recommending Marc.
Thanks again!" - John Kennedy