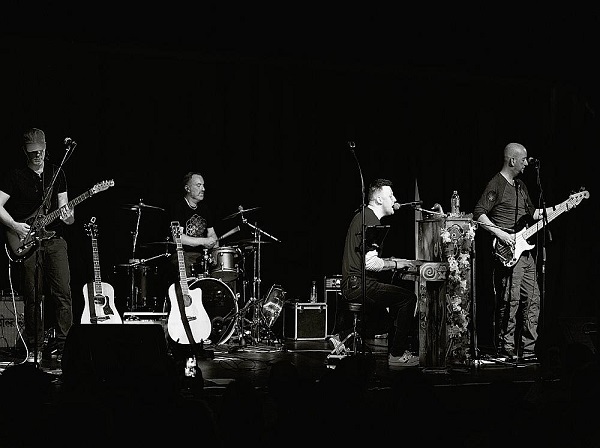 Viva La Coldplay are a Coldplay tribute band from England, UK. Formed in 2006, the band has toured extensively since, covering the length and breadth of the United Kingdom and Europe.

Viva La Coldplay are a Coldplay tribute band from England, UK. Formed in 2006, the band has toured extensively since, covering the length and breadth of the United Kingdom and Europe.
The band have played hundreds of gigs from pubs, clubs, boats, festivals, parties, the top of skyscrapers, weddings, football stadiums, from parties with a few hundred people to festivals with crowds of over 20,000.

Viva la Coldplay have also performed overseas, appearing on Maltese TV whilst performing in Bugibba in 2012, and again at the Birkikara music festival in 2013; the Solverde Casino in Espinho, Portugal 2013 and also headlined the Martina Franca live music festival in Italy in August 2011 and again in 2012. The band recently performed in the Netherlands at the TT Festival at Assen in 2016.

Viva La Coldplay recreate the complete anthology of Martin, Buckland, Berryman and Champion. The band are big Coldplay fans themselves and are able to perform over two hours’ worth of career-spanning material from 2000's 'Parachutes' to 2015's 'A Head full of Dreams' taking in key tracks such as Yellow, Clocks, The Scientist, Viva La Vida, Something Just Like This, Paradise and Adventure of a Lifetime to name a few.
This is a show that will delight both fans and novices alike. It's a great family show, suitable for all ages.

The band are versatile and can adapt from large outdoor arenas to local pubs, clubs, theatres and private/corporate functions and consider offers nationally and internationally.