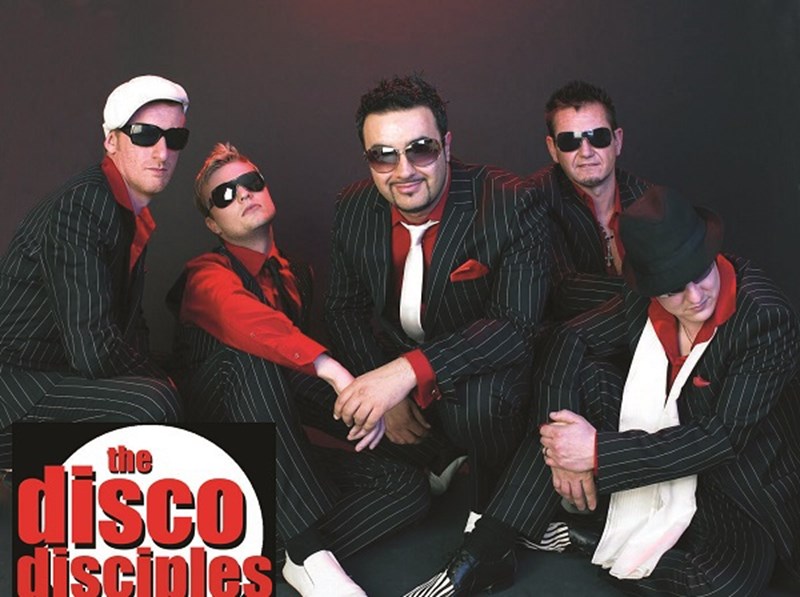 The Disco Disciples are a 5-piece tribute band performing well known hot tracks from the 70s/80s funky disco era including famous artists such as Donna Summer, Bee Gees, Kool & the Gang and The Jackson’s to name a few...

In 1999 Birmingham based band ‘The Disco Disciples’ exploded onto the live music scene. It wasn’t long before this collective of ‘uniquely stylish’ & highly professional musicians became established as a top dance floor filling favourite throughout the length & breadth of the UK and into Europe.

The last decade has seen The Disco Disciples performing on the same bill as fellow Soul/Disco artists such as Shalamar, The Stylistics, The Real Thing, Rose Royce, Odyssey, Boney M, Imagination and even McFly!

The professionalism of their show is reflected not only in their repertoire of dance floor filling party classics both old & new, but also in their ability to make your event an amazing “Night To Remember!”

The Disco Disciples are a dynamic five piece tribute band performing all the well known hot dance floor Disco & Soul classics from the 70s/80s funky era. This includes famous artists such as The Bee Gees, Kool & The Gang, The Jacksons, Earth Wind & Fire, Tavares, Donna Summer and many more.

The Disco Disciples portfolio of work includes many top corporate clients such as:-

The band are also a big hit at private events and are an ideal choice for your wedding reception, birthday party of private functions...

The band can also provide your DJ service for the evening using virtual DJ software that auto mixes. The band will also arrange any specific songs that you may want during the disco!