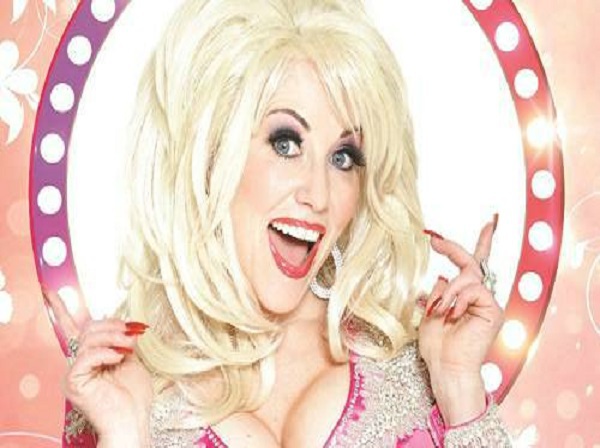 Kelly O Brien aka The Dolly Show is one of the UK's leading tribute acts - picking up awards at the National Music Tribute Awards as the UK's number 1 Dolly Parton tribute act...

Australian born Singer/Comedienne/Dancer/Actress and Writer Kelly O’Brien has been entertaining professionally for over 20 years.

Kelly first began singing Country at the age of 14. Two years later she was crowned South Australian Country Vocalist of the Year and Best New Talent at the famous pan-Australian Gympie Muster country festival- securing Kelly her first recording contract. This led to endless exposure- as one of Australia’s youngest Country singers.

Kelly’s first national television appearance was on the talent show New Faces. TV performances then included spots on Good Morning Australia, Carols in the Domain, Cartoon Network, Living with Style and Home and Away.
Kelly’s biggest break however came when she made it to the final 12 in POPSTARS 2 on Australian national TV.

In February 2002, Kelly was offered a lead role in Andrew Lloyd Webbers hit musical Starlight Express, in Germany. This consequently led to a record contract with Zyx music and the release of the hit single ‘Crucified’. Other theatre credits have included ensemble roles in The Hunchback of Notre Dame, Cabaret and Tonight’s the night.

Since arriving in London in 2005, Kelly has worked extensively as a freelance singer- working with artists such as Diana Vickers on X factor and Antony Costa in his big band. She has also appeared in television commercials for How to Look Good Naked, Miss Naked Beauty, Coca Cola and Green flag.

Country music however is where Kelly’s passion lies and since winning a prestigious Sydney Talent Quest in 2000- as a Dolly Parton impersonator, Kelly has been performing her tribute show ever since.

She now travels the world as Dolly. She has sung at the Singapore Grand Prix, Australia Country Music Festival, Monte Carlo Casino and even for Michael Buble’. Last year she was also used as a Dolly Parton look alike in a Glastonbury television campaign.

In September 2011 Kelly finally met her idol, the real Dolly Parton herself who thinks Kelly is just fabulous!!

In 2013 & 2016 Kelly was also crowned the U.K’s best Dolly tribute (as voted by the Agent’s Association of Great Britain).

The Dolly show is also available with a live band - please call for prices.