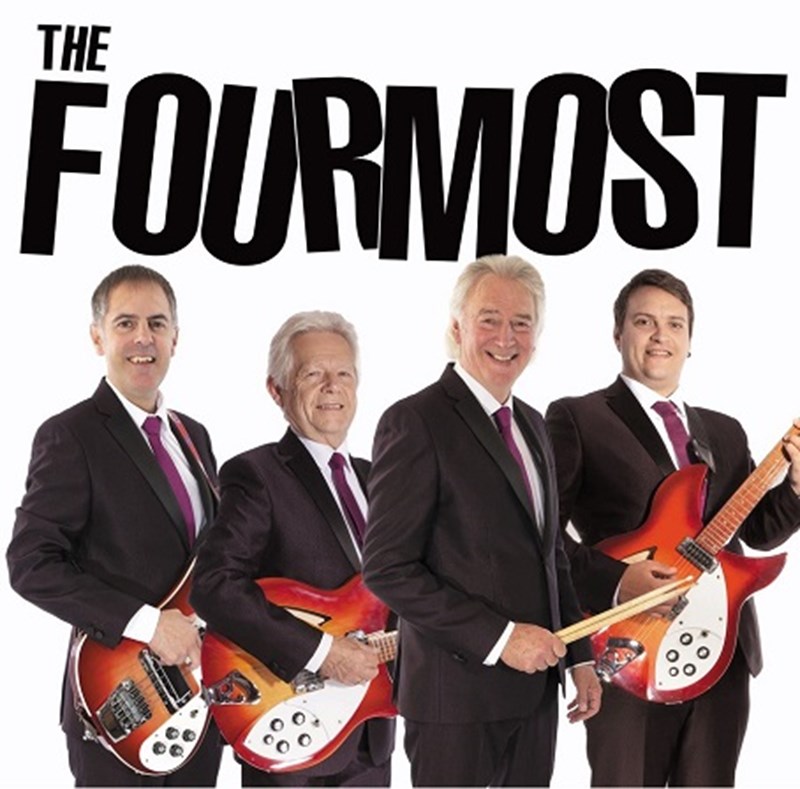 The Fourmost acheived fame under the management wing of Brian Epstein. "Hello Little Girl" and "I'm In Love" served as their initial a-sides, but the chirpy "A Little Lovin'" became the bands biggest hit on reaching N0.6 in April 1964...

The Fourmost had its roots steeped in the eclectic 1960s Mersey beat boom and was part of the Brian Epstein stable along with The Beatles, Billy J Kramer, Gerry and The Pacemakers, Cilla Black and others. The band has evolved from enjoying 1960’s chart hits such as Hello Little Girl (no.9) and A Little Loving (no.6) and less popular songs as I’m In Love (17), Baby I Need Your Lovin (24), Girls Girls Girls (33) and a cover of George Formby’s Auntie Maggie’s Remedy.

During the 1970s and the early 1980s like many of its peers, The Fourmost played mainly on the cabaret circuit as it struggled to compete for appeal with disco, funk, glam rock and punk.

Since the mid 1980s The Fourmost has enjoyed a golden era as part of the wider 1960s revival scene and now appear throughout the UK and Europe playing at theatre's, holiday parks and 60s festivals to a diverse fan base. The Fourmost have been continually active since forming as the Four Jays in 1959, the personal may have changed over the years but the sound and look of the band have remained the same.

The Fourmost are one of the most authentic 1960s bands currently on the circuit today, from their Vox amps, Rickenbacker guitars and Ludwig drums down to their Italian made slimfitted suits and Cuban heel boots.