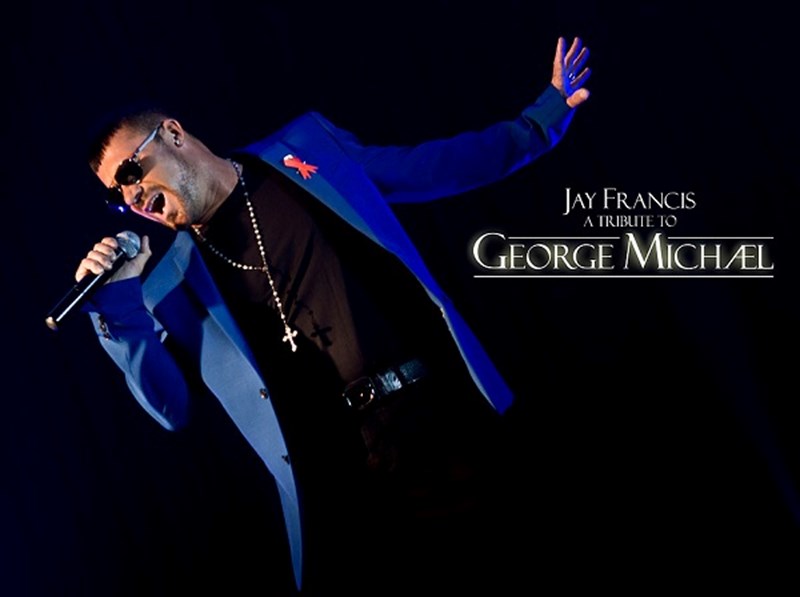 The most authentic tribute to the late George Michael. Jay has performed for over 23 years in venues all over the world, perfectly recreating the energy and tone of one of the UK's brightest world stars.

Jay has been in the entertainment industry over 23 years and has a wealth of experience performing all over the world in hotels and holiday resorts for Thompson, Sensatory hotels and First choice. He also performs in many corporate venues throughout the UK.

He has been an avid fan of George Michael since childhood, even meeting him at Newcastle airport in 1996 while George was heading to an interview with METRO RADIO to promote "FAST LOVE".
The meeting was only made possible due to a family connection at the radio station being privy to Georges travel information, and this meant Jay was the only one there. After gaining access to the private airfield, Jay timidly approached, George (lighting a cigarette) recognized him as a fan and beckoned him over. The meeting lasted for at least five minutes, they talked about how Jay loved to sing George's songs on stage and George asked which of the songs worked the best and wished him good luck.

Jay now performs his passionate tribute from the early WHAM! days up to George Michaels last releases.
The show now incorporates Andrew Ridgley in the WHAM! section and his tribute is as authentic as possible.

A true fan’s tribute to one of the UK's most loved Artists.

Also available as a Wham! duo act for a 1 x 60 minute set - George Michael and Wham hits with a break in the middle.