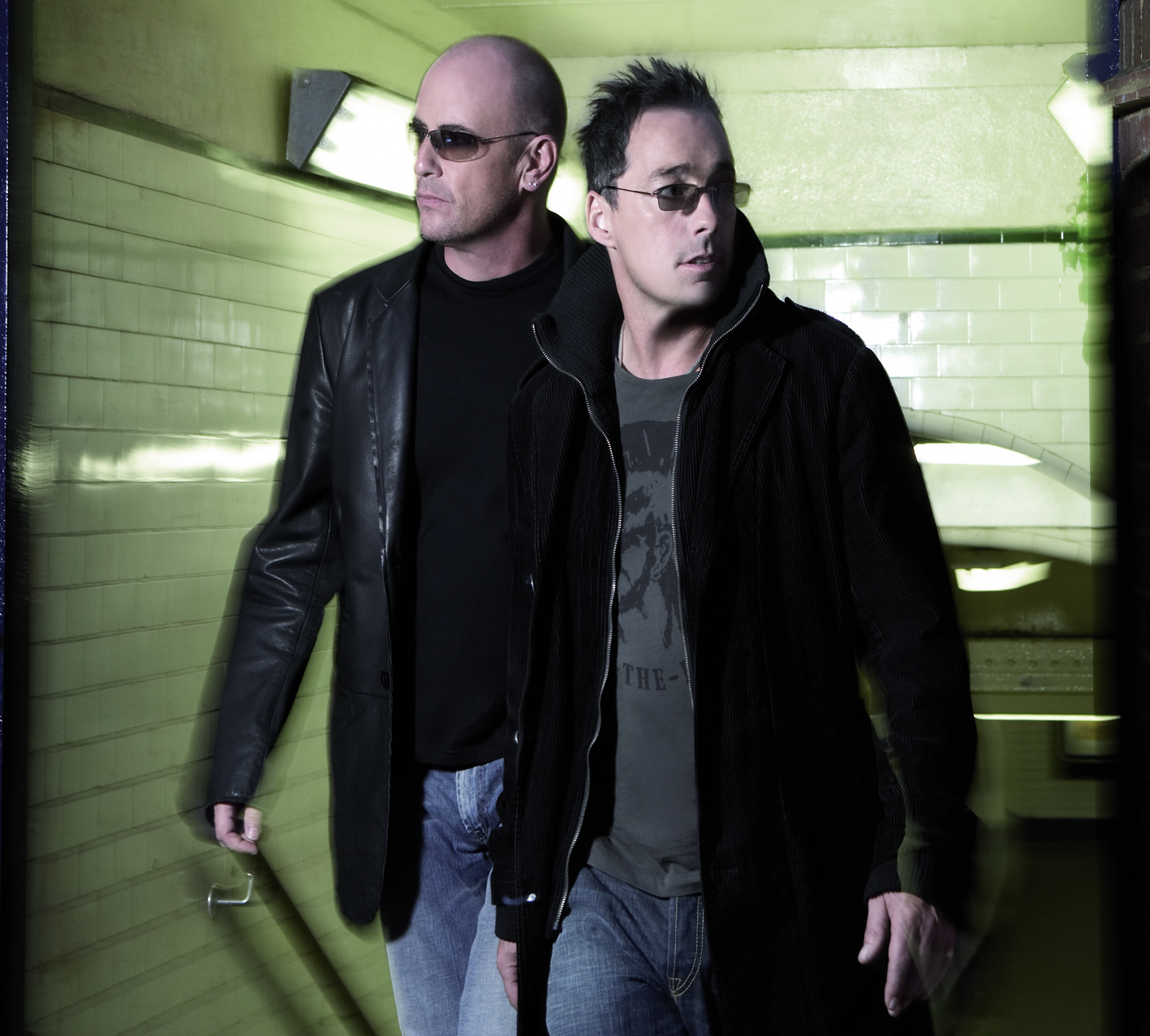 Peter Cox met Richard Drummie in 1974 and played him a demo tape. Richard liked what he heard and so began their continuing friendship and collaboration. In 1982 they signed a publishing deal as songwriters ‘Cox and Drummie’. They approached several record companies without success, but with the help of manager John Glover they secured some studio time and recorded their first two singles ‘We Close Our Eyes’ and ‘Call Me’ and renamed themselves Go West. Within a matter of days of completion of these tracks, John was negotiating with Chrysalis Records and Go West finally had a record deal.

‘We Close Our Eyes’ was released in the spring of 1985. It reached number 5 in the UK charts and became a top 10 hit in the USA. This success was followed by three further UK top 10 hits – ‘Call Me’, ‘Goodbye Girl’ and ‘Don’t Look Down’.

The album 'Go West' sold 1.5 million copies worldwide and remained on the UK chart for 83 weeks, establishing them as one of the greatest songwriting duos to emerge in the 80’s. In 1986 they won the BRIT Award for ‘Best British Newcomer’ - the one BRIT which is decided by the listening public.

Their second album ‘Dancing On The Couch’ was released in 1987. The singles ‘True Colours’, ‘I Wanna Hear It From You’ and ‘The King Is Dead’ were all top 30 hits and although it did not match the sales success of their debut LP, the album provided further evidence of their strength as songwriters and has become something of a cult collectors item.

In 1992 their third album ‘Indian Summer’ was released. Written and recorded in California, it further justified legendary producer Arif Mardin's early description of Go West as ‘modern Motown’. 'Indian Summer' included the single ‘King Of Wishful Thinking’, the opening song in the hugely successful film ‘Pretty Woman’. The film's soundtrack has sold over 10 million copies worldwide. ‘King Of Wishful Thinking’ received ASCAP awards in 1991 and 1992 as one of the most played songs on American radio. ‘Faithful’, the second single from the album, received similar BMI Awards in 1992 and 1993.

‘Aces and Kings’, released in 1993, was a greatest hits collection but for the previously unreleased single ‘Tracks Of My Tears', a take on Smokey Robinson’s Motown classic, which entered the UK top 20.

In 1994 Peter decided to relocate to Los Angeles to concentrate on his career as a solo artist. In 1997 his album 'Peter Cox' was released. Richard, meanwhile, built a recording studio and concentrated on his songwriting and record production.

April 2001 saw the release of ‘The Best Of Go West – Live At The NEC’, a concert recorded during their tour of 1993. This contained all their best-known songs played to a full house in Birmingham, together with two new tracks. Later that year they performed on the ‘Here & Now’ arena tours of the UK and Australia, together with Paul Young, Kim Wilde, Belinda Carlisle & The Human League.

Following Peter’s success on the TV series ‘Reborn In The USA’ he, Go West and Tony Hadley performed together on a 60 date UK tour in 2004.

In 2005, Go West celebrated their 20th anniversary and undertook another UK tour. They had already begun work on the songs for what would become their next album, 'futurenow', and used the tour to 'road test' the material on their faithful fans.

In 2007 Peter recorded and released 'Motor City Music', a collection of covers of songs from the Motown catalogue. In that year Richard took part in a fundraising trek to The Lost World in Venezuela along with Tony Hadley and Martin Fry of ABC in aid of Action Medical Research. A film of their adventure is available on DVD. Go West also released a DVD entitled '21’. This was filmed at The Lowry Theatre in Manchester and includes a performance of their debut album, live and in its entirety, for the first time.

In early 2008 Go West headlined a tour of Australia, after which Richard ventured off again with Tony and Martin to Costa Rica to raise money for AMR. That autumn saw the release of 'futurenow', the band's first studio album since 1992.

In March of 2010 Peter released a further solo album, 'The S1 Sessions'. Richard joined another trek in aid of AMR, this time across the Namibian Desert to the Skeleton Coast. In April they toured the UK to celebrate the 25th anniversary of the release of their first, multi-million selling album.

May 2011 saw the release of 'Frame By Frame', a compilation of all the band's promotional videos on DVD for the first time. 'Frame By Frame' entered the official UK Music DVD chart at number 5.

2012 saw Peter release a blues/country/soul album called Riding the Blinds, with a DVD to follow.

The latest Go West CD is called '3D' and was released in three parts...

Available as a duo on playback or as a live band show.