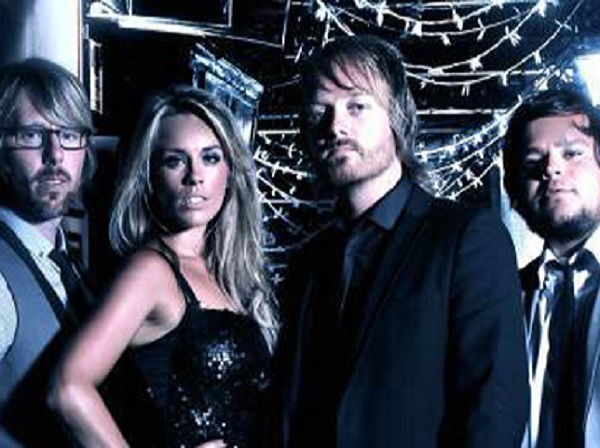 iPop are a fresh funky & fabulous 4 Piece band providing first class entertainment for Corporate Events, Weddings, Birthdays and any other parties you can make an excuse for! A fun party band with a difference that specialise in fresh current chart hits.

iPop are a fresh funky & fabulous 4 Piece band providing first class entertainment for Corporate Events, Weddings, Birthdays and any other parties you can make an excuse for!!

If you are looking for a high quality, professional function or wedding band then look no further folks...iPop promise to make your event a memorable one!!

iPop are a fun party band with a difference and specialise in fresh current chart hits. Our contemporary party set includes music from Rihanna, Lady Gaga, Kings Of Leon, Jessie J and many more (see playlist).

iPop band members are all full time professional musicians with years of experience in the industry with performances around the world and at many prestigious occasions.

Members have played on Top of The Pops, appeared on Pop Idol, been in West End shows including Grease, Blood Brothers & Spring Awakening. They have played at major corporate events for clients including Toyota, Tesco, Porsche, Formula 1, Welsh and English Rugby Union. Played at V festival, Glastonbury, O2 arena, Millennium Stadium. They have played at celebrity weddings and functions and have even played for Royalty......Prince Charles at Windsor Castle!!

Rest assured, people of ALL ages will love iPOP. The band have selected their set VERY carefully and are constantly refining it! Though the set contains only modern songs, they are MODERN CLASSICS! The tracks iPop perform have appeared on family shows such as X factor and Dancing on Ice, featured on adverts and are constantly played on the "Wireless". The band say, 'We bet our bottom dollar that there isn't one song in our set that your Gran hasnt tapped her foot to recenty!