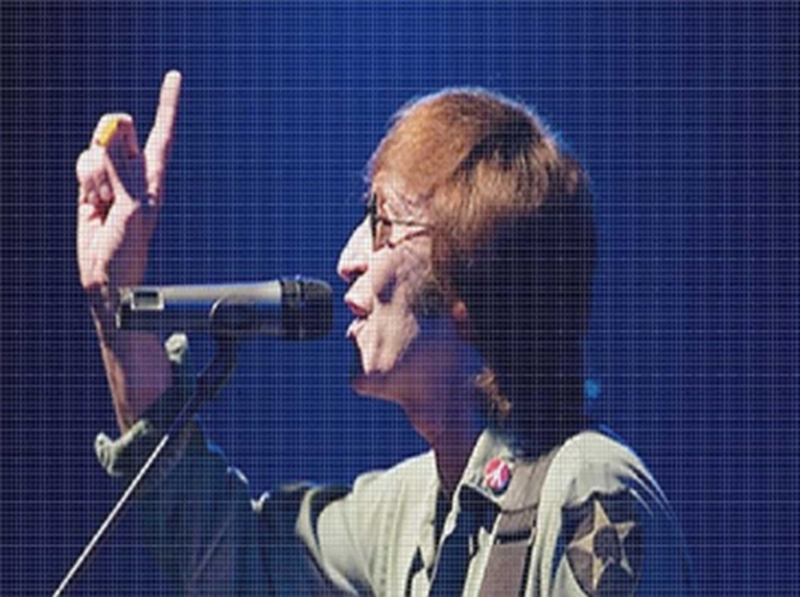 Gary Gibson is the worlds leading John Lennon tribute act and has performed as John Lennon around the world for many years. Gary bears an uncanny resemblance to him both visually and vocally...

Gary Gibson has performed as John Lennon around the world for many years; bearing an uncanny resemblance to him both visually and vocally. Gary has shared concert stages with such names as Elton John and Tom Jones, who famously exclaimed,"I thought I'd seen a ghost!" Gibson's show features Lennon solo material from the Plastic Ono Band through to Double Fantasy, as well as later Beatles classics like Come Together, Revolution and Don't Let Me Down.

Gary Gibson was the founder member of 'The Cavern Beatles' back in 1980 along with band members Graham Pollcok, John Ward, and Andrew Swarbrick, playing at venues through out the north. By 1981 the band began to appear in London at venues such as The Rock Garden, Dingwalls, Golden Lion,Dublin Castle, Half Moon and the Hippodrome, the band also made regular television appearances, 'Stars In Their Eyes'  'Pebble Mill' 'The Late Late Show' with Gay Byrne, who introduced the real Beatles on Granada television back in the 1960's, and again on a 'Stars InTheir Eyes Christmas Special'. The band also performed for a six week stint on Norway Television.

On the last Pebble Mill the 'Cavern Beatles' performed for George Martin who, along with Victor Spinnetti, talked about the making of 'Hard Day's Night'.

At a racing fraternity party Sir Elton John asked Gary if he could get up and sing with the band. "What shall we sing?" Gary asked. "Let's do that one I did with John (Lennon) at Madison Square Gardens 'I Saw Her Standing There' replied Elton. Afterwards, back stage, Elton commented "I can’t believe it, you look so much like John. You’ve got to be related"!

Gary is available as solo John Lennon tribute act or with a live backing band.