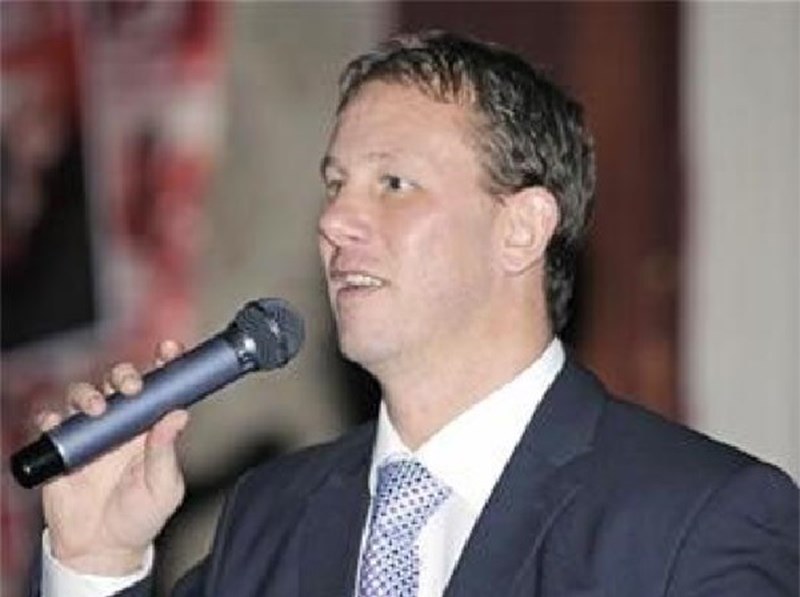 Lea Roberts - After Dinner Speaker and Stand Up Comedian. The winner of ITVs Stand Up Britain comedy show and one of the most sought after comedians on the after dinner circuit...

When Lea was elected by the viewers of TV series "Stand up Britain” as outright winner, the comedy world had a new star. Lea had however been working as a stand up for many years but finally got his big break when he scooped the title, trophy and a 1st prize of £7000 on the live final screened by ITV1 in October 2002. Lea was up against 6 other comedians from the 144 who started in the competition, and winning the final with 75% of the total vote, including first place in London, North West, and Yorkshire regions.

With a sporting background (following retirement from professional rugby league (playing for Halifax RLFC), Lea is a well known face on the after dinner circuit in and around the North of England. Lea has worked with numerous sporting celebrities and following his success on Stand Up Britain, is now beginning to carve out a career further a field.

One of the few comedians able to work in both “mainstream” and “alternative” environments. Offering a traditional stand up act, Lea appeals to audiences young and old, with an adult, yet inoffensive and clean speech.

Lea recently accepted his first cruise for P & O and has proved his versatility for this market. Whether it is an Institute dinner, Company function, Sporting occasion or simply a private event, you can be assured that Lea is the ideal choice for your event.

“Lea was a great hit with the crowd of varied backgrounds – all of whom found his material original and funny – and demanded him back for more” Mark Bullock, production manager, McVities Biscuits

“On behalf of Eduard Sparkes and the Club, we would like to say how pleased we were with Mr Lea Roberts. Everyone thoroughly enjoyed the evening and we would be grateful if you would pass on our appreciation to Mr Roberts.” Susan Noble, Executive Secretary, St James’s Club, Manchester

“On behalf of our chairman, I would like to thank you for providing the excellent services of Lea Roberts at our Annual Dinner, venue of the Royal Lancaster Hotel, London. It must be said that Lea made the evening for all of us, because of his friendly, laid back presentation manner. In fact, so striking was his presentation, our members were seen to be reeling and clapping for more. This after dinner speaker was the topic of much conversation that evening. Next year, Lea will be a very hard act to follow.” Mike Lepper, Secretary, Institute of Measurement & Control.