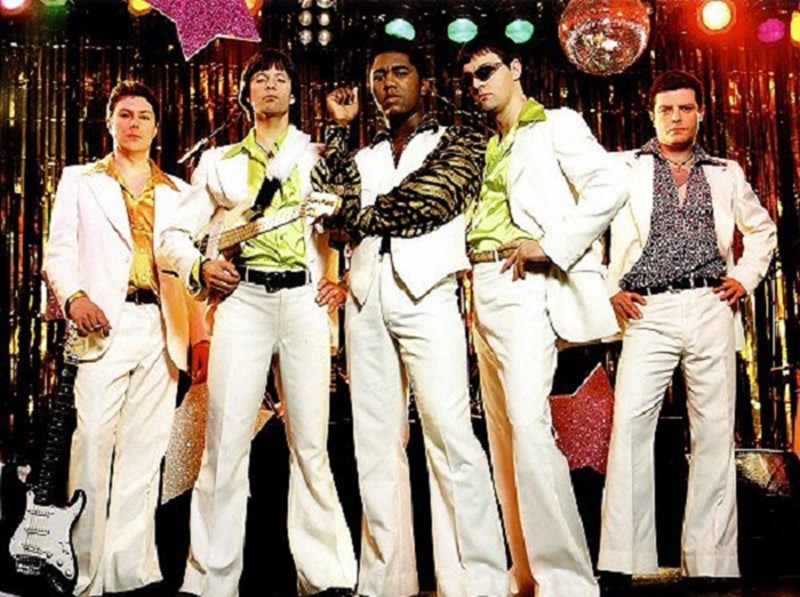 Lovetrain dazzle fun-hungry fans with their soaring vocal harmonies and party pumping bass lines. Razor sharp renditions of the funkiest hits from the 70_s and 80_s make Lovetrain one of the finest Party Bands in the UK...

No-one can help themselves when real 70’s disco starts pumping out on the dance floor - and nobody pumps it out with more flare (oops!) and Joie de vivre than the 70’s disco kings - LOVETRAIN. Strutting tall in their flowing white ‘Travolta’ suits they dazzle fun-hungry party goers with their dynamic dance routines, thumping beats, heavenly vocal harmonies and razor sharp renditions of funk such as Kool and the Gang, The Bee Gees, The Jackson 5 and Sister Sledge. LOVETRAIN are here to party!

They are totally professional and committed to making every night go with a bang and to leaving audiences gasping for more. Check out the play list and try to find a number that, when served up with all the right ingredients could possibly fail to get the room movin’ and groovin’.

Over recent years Lovetrain have performed for the following people:

Lovetrain can be booked as a 5 piece up to a 12 piece band to include percussion, 3 piece horn section and extra female backing vocals. Note - price guide based on 5-piece line-up. If the band is required to provide a P.A system, fee may be higher.