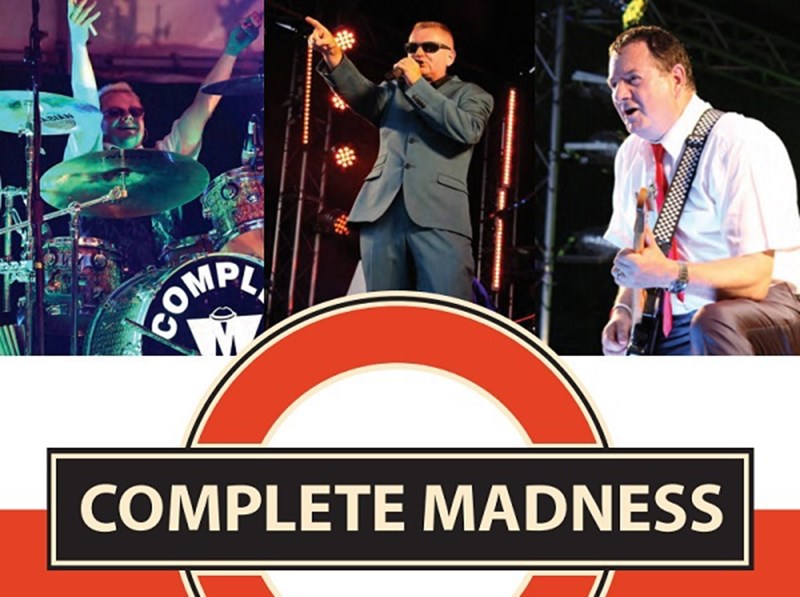 Complete Madness are now in their 15th year and each year still seem to go from strength to strength. One of the most sought after, hard working and renowned Madness tribute bands in Europe...

Complete Madness has to be the most lively, energetic and fun packed Madness tribute show you are ever likely to see!

Right from the opening number, 'One Step Beyond' the venues start rocking. This professional five-piece band has the ability to whip-up any crowd from the word GO!

Probably the most sought after, hard working and renowned Madness tribute band in Europe 'Complete Madness' expertly cascade all of the nuttiest sounds around onto the excited, expectant audience. You don't have to be a madness fan to enjoy this show, just enjoy being entertained!

Complete Madness have performed at Army Bases here and abroad and are still performing at all the top Holiday Parks and have been a regular feature at Butlins for the past 15 years. The band was also a regular feature at the Guinness Cork Jazz Festival between 1996 and 2005 winning rave reviews over there.

Complete Madness have also worked on ferries and small cruises and more recently put together a small theatre show and played well over 60 theatres over the last few years. Complete Madness are now in their 15th year and each year still seem to go from strength to strength despite strengthening competition, but the few things the band have is trust, reliability and always a steady line up of band members.