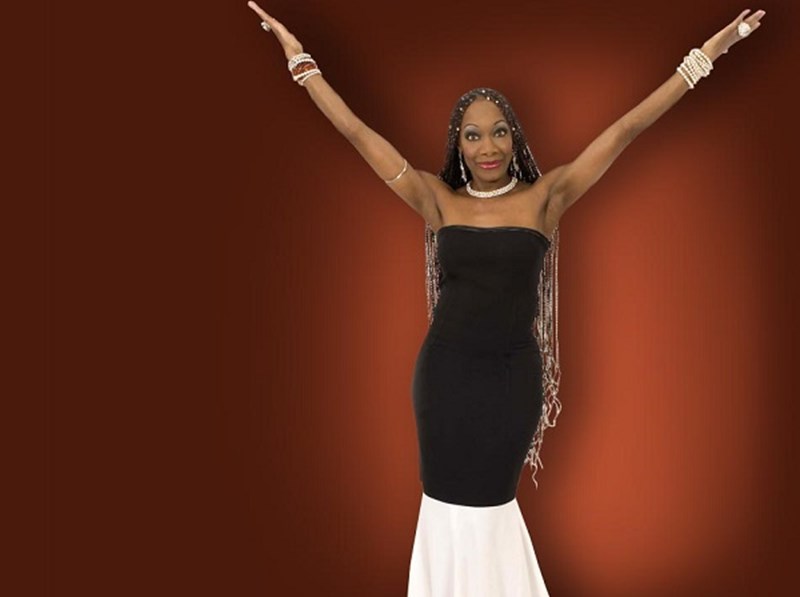 Maizie Williams was with Boney M. from the very beginning and to this day is still an active performer, now available to recreate that unique special moment live with her own band of musicians...

One of the biggest groups to stand out and make their mark in the 70s was BONEY M. Their career was comet-like in that they seemed to blast out of nowhere. Suddenly every discotheque around the world played Boney M and every TV show wanting to be hip had to have this stunning-looking and fabulous-sounding foursome from the Caribbean.

Their sound - a mix of reggae, disco, funk, gospel, soul and rock - hit the charts around the world in a flash. Within moments, it seemed, everyone knew the Boney M. name and music, and their onward progress would maintain its star-studded track through our consciousness, day and night for over ten years, with an endless stream of unforgettable, sensational hits.

Maizie Williams is not only the longest surviving member of the original Boney M. band but, along with Frank Farian, probably the most influential in deciding the long term line-up since it was she who vetted the subsequent members to make sure they would all share a certain chemistry. The initial line-up had been without question a visual front for a record that was already a radio hit, while the follow-up combo was selected more for its broader talent and potential longevity. Maizie Williams, and two others she remembers only as Nathalie and Mike, were briefly recruited to dance to Frank Farian's hit: Baby Do You Wanna Bump, for Dutch TV - a song sung entirely by Farian himself at that point. The first real band was then put in place for the follow-up, the other original members leaving largely through lack of faith in the project. Maizie and Frank approved and recruited in turn Marcia Barrett, Bobby Farrell and finally Liz Mitchell. Together they went on to establish Boney M. as a closely dependent and indefatigable recording and performing entity in which they all, to different degrees, performed, sang, danced and generally contributed to their greatest ability.

Since those glorious days the individual members have produced their own solo projects while compilations and remixes of old Boney M. product continue to abound. A brief and promising-sounding regrouping without Liz Mitchell at the end of the 1980s was brought to a halt by Farian (who hadn't been involved), and who forbade use of the Boney M. name while fighting to prevent individual members from using "his" band name. The result was that with ongoing differences between band members each has quite validly toured using variations on the name and to this day that situation persists, while every sympathy is felt for die-hard fans who may be disappointed by not seeing the original line-up together on stage. Nevertheless something of the old atmosphere is perpetuated by each and with their own solo projects being successfully pursued the main theme of the shows these days is as individual as the band members themselves.
For Maizie's part her live show now reflects not just the magic of her days with Boney M. but has the added flavour of new, self-penned Gospel orientated material, producing an exciting, well-rounded performance appropriate for the age we live in... the right amount of nostalgia for a decade gone by, mixed with the place she's at now.

Available on playback or with a live band.