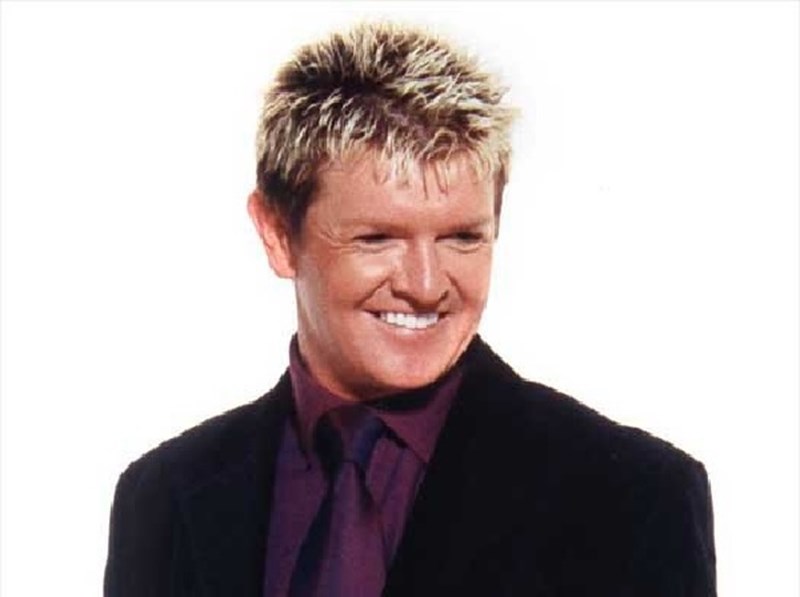 One of the most versatile entertainers today, Martin Gold is perhaps best known for his performances from the top table. His ability to deliver to a corporate audience makes him without doubt one of the most popular after dinner speakers in the country.

One of the most versatile entertainers today, Martin is perhaps best known for his performances from the top table. His ability to deliver a corporate speech to a corporate audience without a trace of smut or bad language makes him without doubt one of the most popular after dinner speakers in the country. Martin has also proved a big hit on the ‘Sportsman’s Dinner’ circuit, and regularly works alongside such sporting legends as Fred Trueman, Jack Charlton, Jimmy Greaves, Bill Beaumont and John Conteh.

Looking at Martin, it seems impossible to believe that his professional career began over 20 years ago when, as an eleven year old comedy impressionist he first appeared on stage. His natural ability to make people laugh quickly guaranteed his progression into stand up – soon becoming a huge hit with theatre audiences throughout the country. As a comedian, Martin has shared top billing in four sell-out summer shows on the island of Jersey, and has since gone on to star alongside such legends as Gene Pitney, Tammy Wynette, Ken Dodd and Les Dawson to name but a few. His talent was subsequently recognised by the Variety Club of Great Britain when they named him ‘Comedian of the Year’ 2 years running.

Today, Martin still enjoys working cabaret, and is always a sought after choice on the Hilton Hotel and Warner Hotel entertainment circuit. He is constantly in demand from many cruise lines, including P & O, Air tours and many other well known holiday companies, where his clean, immaculately presented comedy is appreciated by all.

“Martin had to follow me and Alec Stewart at a cricket dinner, which is obviously a bit like singing after Sinatra and Dean Martin. It was midnight before he got on, but he turned it round brilliantly and had a bunch of drunk, cynical cricketers laughing their heads off. I thought his act was sharp and very funny.” Piers Morgan

TV PRESENTER & WARM UP COMEDIAN Martin has enjoyed a lifetime in television, since his early days in ‘Summertime Special’ to his regular appearances on the ‘New Comedians’. He has presented, appeared on and warmed up audiences for such programmes as ‘This Is Your Life’ with Michael Aspel, ‘This Is My Moment’ with Melanie B, ‘Crosswits’ with Tom O’Connor, ‘Through The Keyhole’, ‘This Morning’, ‘The Football Show’ and many more. Martin has presented a number of corporate videos, and accepted his first pantomime role in 2001 starring alongside Toyah Willcox in Aladdin. He is also a popular guest on countless radio shows.

“I am always confident the night is going to be a great success when I know I am working alongside Martin Gold. His quick fire ad-lib and professionalism never ceases to amaze me; he’s brilliant. Fred Trueman O.B.E.

“Martin judged his audience perfectly in terms of content and pace and immediately had everyone in stitches. He was the highlight of our evening and I would recommend him unreservedly. ”Sally Geddes, Initial Rentokill plc

“I am writing to you in appreciation of Martin Gold’s efforts and, in particular, congratulate him on a good clean performance. His act was well balanced without any vulgarity, swearing or smutty comments – well done and many thanks.” DC Hill, Humberside Police

Martin Gold can supply his own P.A system is required.

“He made the day great in my opinion, the guests couldn’t speak highly enough of him. He was amazing!” – Mark Bell, wedding reception.