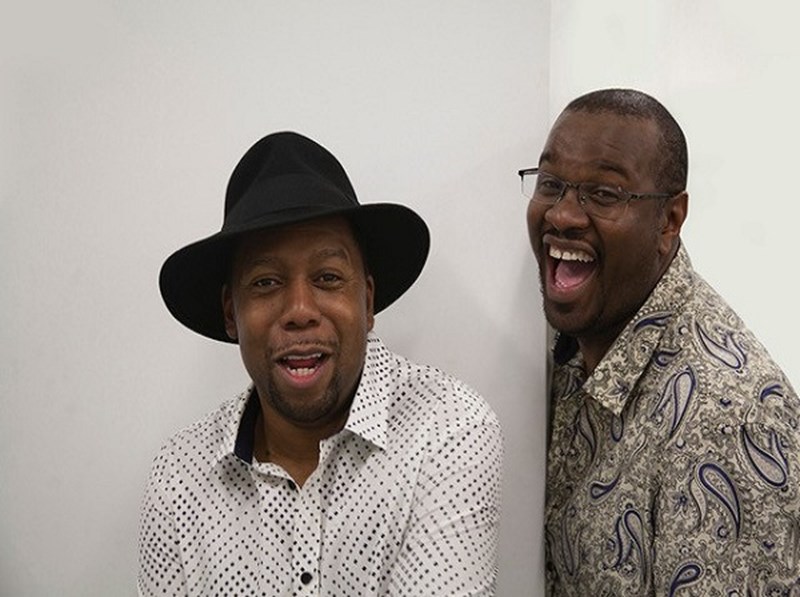 Pass the Dutchie surged to number 1 in the UK within two weeks of release and went on to sell over 5 million copies around the world. Musical Youth is now a duo in the form of Dennis Seaton (Vocals) and Michael Grant (Keyboards).

“This Generation Rules the nation with version”

The year was 1982 and with these triumphant words, five school kids from Birmingham named Dennis, Michael, Kelvin, Patrick and Junior launched themselves on an unsuspecting public and into pop and reggae history as ‘Pass the Dutchie’ surged to number 1 in the UK within two weeks of release and went on to sell over 5 million copies around the world.

‘Pass the Dutchie’ even went as far as reaching the Billboard 100 topping out at number 10 in the US chart, becoming reggae music’s first top 10 hit in that country. For the next three years the hits kept on coming as the boys brought reggae out of the ghettos and into pop mainstream with singles like ‘The Youth of Today’, ‘Never Gonna Give You Up’, ‘Heartbreaker’, ‘007’, ‘Tell Me Why’, and ‘Sixteen’ as well as two albums The Youth of Today’ and ‘Different Style’.

They toured throughout the world, exchanging numbers with Michael Jackson, and Motown legend Stevie Wonder wrote a song especially for them, Irene Carra (Flashdance) and Jody Wotley (Shalamar) both sang on Sixteen, whilst also duetting with Latoya Jackson. The band went on to record a fantastic song, ‘Unconditional Love’, with disco diva Donna Summer and also headlined at the world famous Montreaux Jazz Festival and Reggae Sunsplash.

Indeed, Musical Youth became the symbol of achievement, hope and pride for many other youths of all ages, creeds, nationalities and colour around the world as their combined talent and hard work reaped its reward and won them respect, culminating in being nominated for a Grammy award as best newcomers in 1984.

2012 represented 30 years since the release of ‘Pass The Dutchie’ and Musical Youth is now a duo in the form of Dennis Seaton (Vocals) and Michael Grant (Keyboards). They celebrated this milestone with the release of a new album entitled ‘When Reggae Was King’ a collection of reggae songs, which inspired their generation and is also a celebration of reggae music throughout the world.

Dennis and Michael are looking forward to seeing all Musical Youth fans around the globe to celebrate the immortal words of ‘Pass The Dutchie’...

Available as duo on playback or as a live band show.