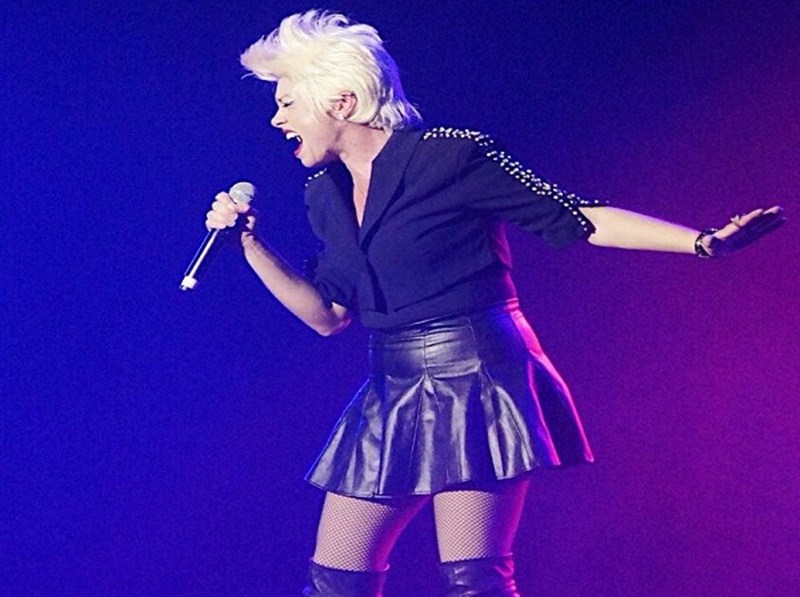 Monique Wood's exhilarating tribute to Pink includes all the biggest hits from the pop queen, such as What About Us, Try, So What and many many more..

Monique's uncanny likeness in looks and voice makes her the UK's no.1 Pink tribute act.

Hailing from Cape Town, South Africa, Monique has been in the music industry for the past 10 years, during which time she has gained a wealth of performing experience as part of various live showbands, as well as performing on the Mediterranean and Indian Oceans as part of her work with Mediterranean Shipping Co.

In 2000 Monique was signed to Universal Music SA as part of a sexy all girl band "NAUGHTY".  The band recorded an album which lead to various appearances and concerts, the largest being in Cape Town to an audience of 10,000 alongside recording artiste, Shaggy.

After leaving "NAUGHTY" Monique has been performing a very successful Pink Tribute Show which she is now basing in the UK.  Monique has toured constantly with her show which has taken her to various countries/destinations, namely: U.S.A., Australia, the Seychelles, the United Arab Emirates and other countries in the Gulf and of course, South Africa. Monique's huge talent and experience means that a top-quality tribute show is guaranteed every single time.

Monique is also available to perform her fantastic Lady Gaga Tribute - Lady Is Gaga, as well as her show-stopping Kylie Minogue tribute, Kylie Monique. Why not double up for a night of non-stop pop hits?!