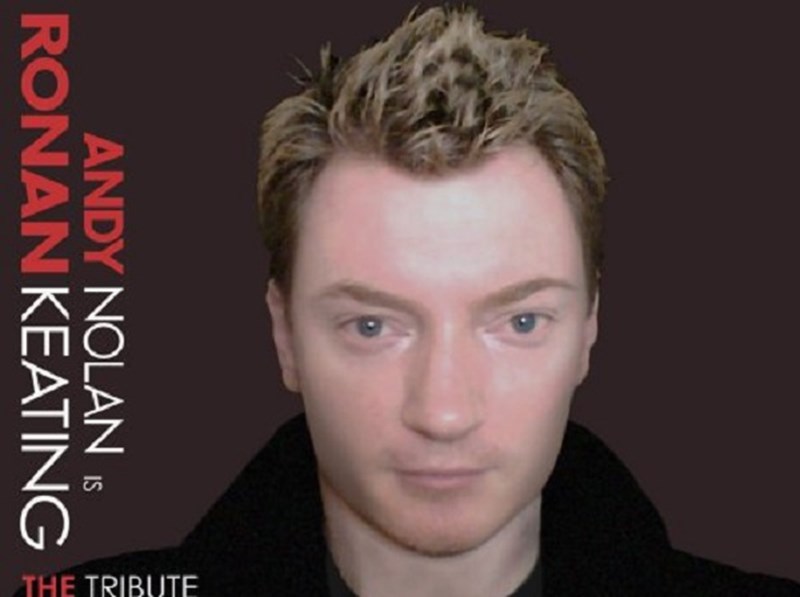 Andy is now the recognised as the UK's leading Ronan Keating Tribute. Andy is in huge demand all over the U.K and beyond. Delighting audiences with the very best of Boyzone and Ronan's solo career... always spot-on vocally...

Andy has been singing since childhood and for many years had harboured an ambition to sing professionally, finally going full-time in 1999. He has since put his Irish roots to good use - developing his act and establishing a reputation as one of the UK’s very best solo tribute artistes - in what has become a very crowded and competitive market.

The routine of showcasing all over the U.K. has reaped it’s own rewards, earning Andy the recognition of the biggest entertainment agencies in the business. This has taken him to the point where he is now in demand all over the U.K. and beyond. Delighting audiences with the very latest songs - always spot-on vocally (they just love that Dublin accent!) always looking the part and of course, always re-booked.

"Andy Nolan should do very well with his tribute to Ronan Keating. This has to be one of the most convincing lookalikes and sound alikes on the market..."
- Mark Ritchie - The Stage

"Dear Andy, my wife and I had the pleasure of attending an old friend’s 50th Birthday Party recently. Just wanted to write and congratulate you on the enormous part you played in making the party a success. We were really impressed with the quality and range of your performance but even more than that I was amazed at the length of time you sang for without a break. This in my mind kept the party together and retained the atmosphere brilliantly. So often a group will play for 5 or 6 songs and then all disappear for some time and the party drops and people start to disperse. Well done Sir. I wish you continuing success and enjoyment in a business you clearly enjoy and hope to see you again sometime".
- Glan Blake Thomas

"Hi Andy You were absolutely brilliant last night and Neil and I cannot thank you enough for making his party such a success. Without exception everyone who contacted us today said how very good you were. You absolutely made the party and we are most grateful. With very best wishes and hoping to see you again soon!"
- Caroline and Neil Pedley

"Andy Nolan performed for us at my wife's 50th and daughters 21st joint birthday's and it was a fantastic evening - still talked about 2 years later. It was terrific the way that he appealed to all age groups. The added routines for Take That and Queen were an extra bonus and made for a very special evening. I wouldn't hesitate to recommend Andy as he is a thoroughly professional and extremely entertaining performer who made the evening by allowing family members to participate - luckily not too many of them! Thanks Andy for a great evening".
- Stephen Antram