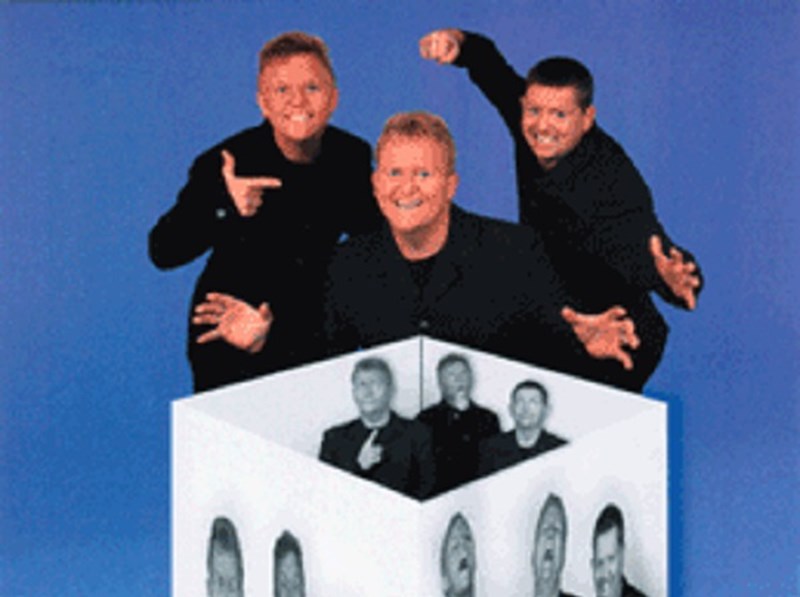 Schooner is an award winning comedy show producing a blend of topical impressions, slick sketches and foolishness to tickle the funny-bones of audiences all over the world...

Formally a trio show band, Schooner have now compacted a three man show into a brilliant duo production. Headed by Terry’s comedic personality, showcasing over 20 exceptional impersonations, linked by live music and a full light show, dually the pair have a total of 30 costume changes. – ensuring that although they have altered from trio to duo the audience still receives total value for money.

The show can be adapted to suit any venue, and can be purchased as a one hour spot of complete comedy and music entwined. From classic comedy from Norman wisdom to up to date stars such as Harry Hill, Mrs Brown and Susan Boyle  - even including children’s favourites such as the Telly Tubbies and Toy Story, Schooner can entertain a wide variation of ages.

Schooner originated 32 years ago and the act continues to grow from strength to strength. Terry has taken the group to new heights, winning the prestigious Variety club mirror award, and appearing on TV shows like Ted Rodgers ‘3,2,1’, Marty Caine’s ‘New faces’ and Bob Monkhouse’s ‘Opportunity Knox.

Schooner now comprises of Terry and his son Lewis. Although a new comer to the group, Lewis has had his fair share of success solo. Winning the bigger breakfast talent spot and becoming the first ever child ‘Stars In Their Eyes’ winner, competing as Donny Osmond. Lewis has stepped into the key role of MD for the group.

Terry began his ‘showbiz’ career as a child entertainer during the 1960s, in Liverpool’s well known ‘Hilda Fallon Roadshow’. After gaining great experience and acclaim from Hilda he went on to appear in many television programs such as Freddie Starrs ‘who do you do’, and the famous children’s show, ‘Junior Show Time’. Proving himself to be a successful young entertainer, in 1977 he formed the group Schooner.

Loyal to their club land circuit and still enjoying performing in holiday resorts and theatres though out the UK, schooner continue to be one of the most popular comedy bands in Britain.