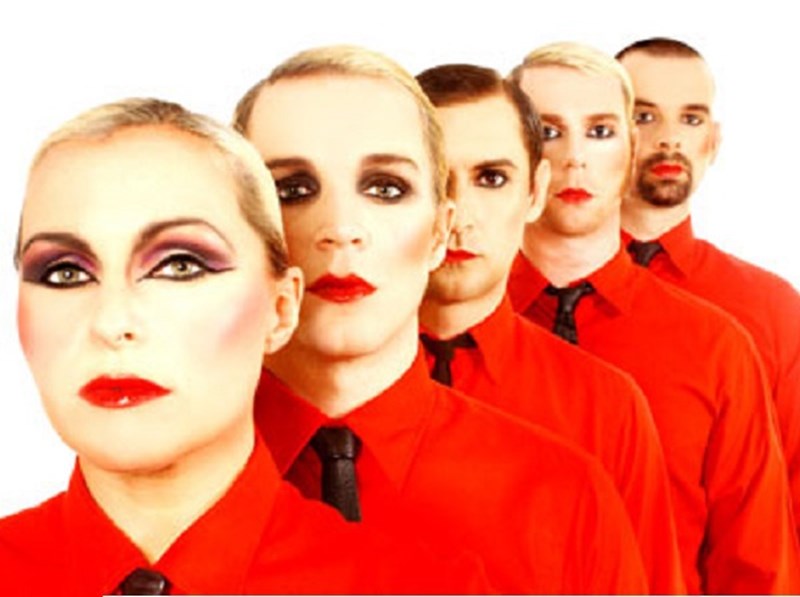 SO 80s have rapidly built a reputation as one of the most sought after 80s tribute bands in the UK. As well as performing throughout the UK, Europe and the Middle East, SO 80s have worked with Bananarama, Marc Almond, ABC and Whitney Houston.

SO 80s are a tribute to the decade when power-dressing and big hair were essential and when real men wouldn't be seen out without their make-up!

Come and relive all your favourite 80s classics with the best 80's tribute the UK has to offer.

Performing up to two hours of the decade's classic anthems from artists such as Madonna, Duran Duran, Prince, Frankie Goes To Hollywood, The Eurythmics and WHAM!

SO 80s is fronted by two highly talented and energetic singers Helen York and Matthew James (AKA Jean & Jean). They both have a wealth of experience in the music industry and entertainment world and are always in high demand! This dynamic duo set the stage alight with their electric vocal performance and fierce dance moves. Together with a top band of high quality, professional musicians, they recreate the era with outstanding energy and stunning accuracy! Having performed to a huge array of major clients in venues across the world, SO 80s delivers a mix of music that is guaranteed to keep your dancefloor rockin'!

SO 80s were formed in 2002 and have rapidly built a reputation as one of the most sought after and entertaining bands in the UK. As well as performing throughout the UK, Europe and the Middle East, SO 80s have worked with artists such as Bananarama, Go West, Marc Almond, Howard Jones, ABC and Whitney Houston. In November 2004 they supported Busted for the switching on of the Regent St Christmas lights.

Brought to you by Madhen Productions, this band pride themselves on their quality performance and professional attitude. Available as a five, six or seven piece band, SO 80s can tailor its show to suit your demands and budget. From large corporate events to intimate private parties and weddings - satisfaction is guaranteed!

Previous venues performed at include:-