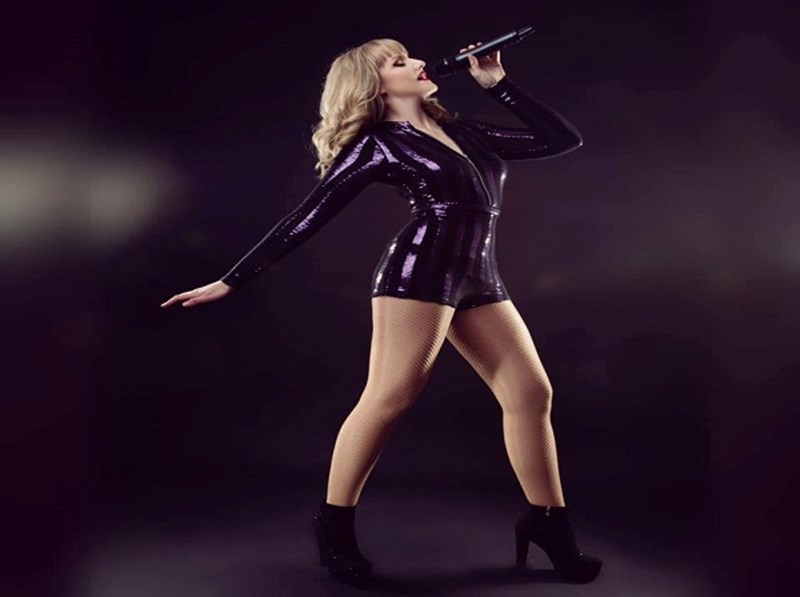 This award winning show is the most prestigious tribute act to'Taylor Swift' in the UK. Created, produced and delivered with pride, professionalism and the highest attention to detail.

This award winning show is the most prestigous tribute act to'Taylor Swift' in the UK. Created, produced and delivered with pride, professionalism and the highest attention to detail.

The traits possessed by Katy Ellis has ‘Swiftie’ fans from across the world feeling like they are back watching Taylor Swift herself.

All eras of Taylor Swift’s music are covered by Katy Ellis, thus including the development of music genres and vocal evolution in particular. Beginning at Taylor Swift’s early country twang, to her current pop music influenced voice. This fun energetic show gets all the audience involved and has everyone singing along and ‘Shaking it off’ to all of Taylor Swift’s hits.

Katy Ellis not only looks like Taylor Swift but has the same mannerisms, energy on stage and attitude; she is even the same age… Born in 1989!

This tribute show can also be booked out with a full live band and dancers.

Or even better, why not book Katy out as a multi tribute show to Taylor Swift and Katy Perry?

The show features all of Taylor’s much loved hits including; Shake It Off, Blank Space, Love Story, You Belong With Me, Look What You Made Me Do, I Knew You Were Trouble and many many more.

Katy Ellis is a dedicated Swiftie herself, she is proud on knowing EVERY song on EVERY album. So if you do have a favourite song be sure to let us know.

"It couldn't have gone better. The students were so excited and sang every song." - Gavin Hudson