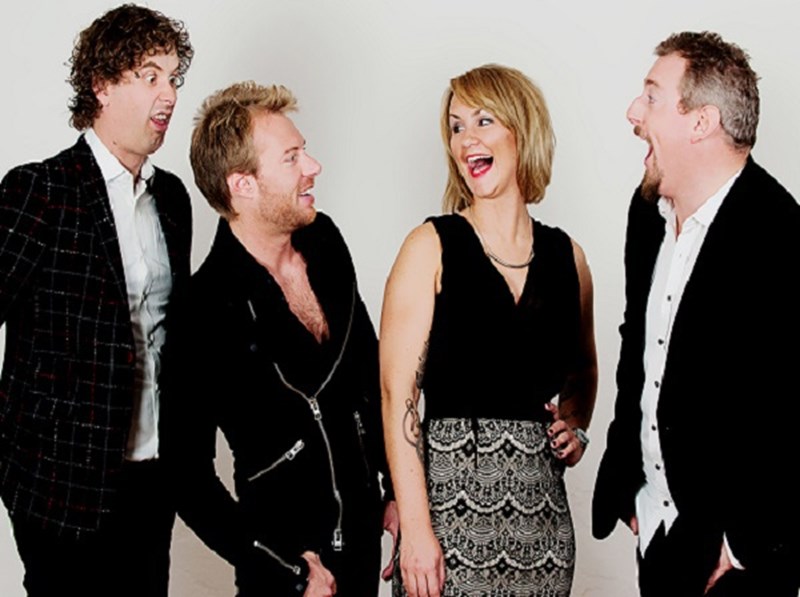 The Established are an excellent 4-piece female fronted party band fronted by local singing sensation Amanda Jacks. The band have performed nationwide at events including performances at the Shepherds Bush Empire, Edinburgh Corn Exchange, Best Western Hotels and for Virgin Media Events to name but a few...

About The Established - Party Band

The Established have been together for over 5 years where they have performed nationwide at private & corporate functions aswell as numerous live entertainment venues. Their collective talent has earned them recognition and performances at the Shepherds Bush Empire, Edinburgh Corn Exchange, Best Western Hotels and Virgin Media Events to name but a few...

The band is fronted by local singing sensation Amanda Jacks. Her charismatic stage presence and talent has earned her success in many avenues including runner up in the 'Pop Music Crown' Competition. Amanda is backed by 3 young and talented musicians with over 40 years of live experience between them.

A brilliant party band well suited to any occassion.

If required the band can perform a short 20-25 mins acoustic set as a background set - see acoustic songs available on SONGLIST.

If you require a smaller band - you can also check the band out as 'Next Move' - a 3-piece party band.