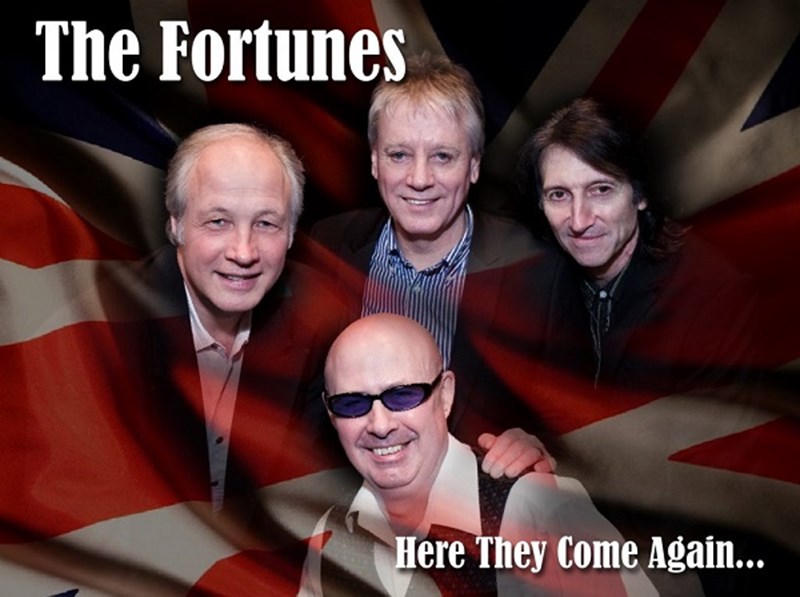 Hailing from Birmingham, The Fortunes first came to prominence and international acclaim during that Golden Era of Popular Music - the ‘swinging’ mid-sixties...

Hailing from Birmingham, The Fortunes first came to prominence and international acclaim during the swinging sixties.

Following on in the wake of Merseybeat, and the R&B of The Stones, etc., The Fortunes added another dimension to the sound of the classic pop song with their special ingredients of sophisticated orchestration, dual lead vocals and stylish counter-melodies.

The result was a succession of distinctive and distinguished hit records including ‘You’ve Got Your Troubles’, ‘Here It Comes Again’ and, continuing into the seventies with more successful releases such as 'Storm in a Teacup' and 'Freedom Come, Freedom Go'.

These songs have stood the test of time, becoming household favourites permanently on playlists everywhere. The Fortunes remain as one of the UKs premier harmony groups, and are constantly in demand worldwide.

From the initial success in 1964 of ‘Caroline’, used as the signature tune for the influential Pirate Radio station of the same name, The Fortunes had a steady succession of world-wide hits culminating in 1972 with the release of ‘Storm in a Teacup’.

During this period The Fortunes were also the voices for the US Coca Cola adverts (‘It’s The Real Thing’) still to be seen and heard in the US today.