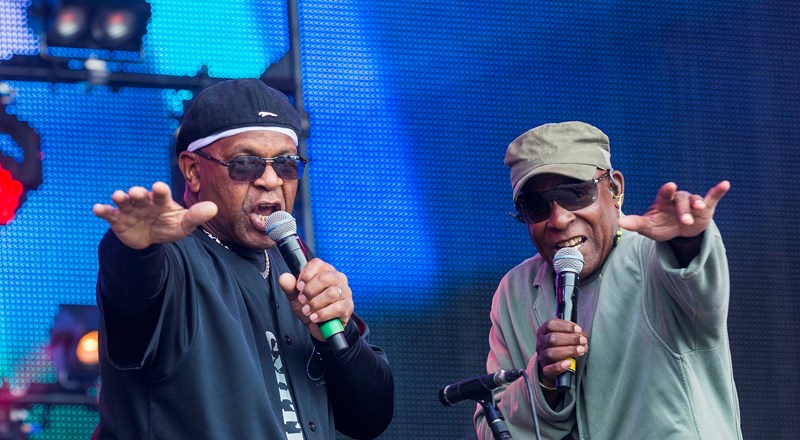 Original vocalists, Chris Amoo and Dave Smith, who had three million selling hit singles in the 70s, “You To Me Are Everything”, “Can’t Get By Without You” and “Feel The Force” available as aduo or with a 5-piece backing band...

About The Real Thing

Original vocalists, Chris Amoo and Dave Smith, who had three million selling hit singles in the 70s, “You To Me Are Everything”, “Can’t Get By Without You” and “Feel The Force”, plus other top ten successes, such as “You’ll Never Know What You’re Missing” and “Whenever You Want My Love”.

In 1986 “You To Me Are Everything”, “Can’t Get By Without You” and “Can You Feel The Force” were all remixed and became huge hits again, thanks to their huge club following.“Children Of The Ghetto”, another classic Amoo brothers’ composition, has been covered worldwide by artistes as diverse as Phillip Bailey (of Earth, Wind and Fire) on the Chinese Wall album, Courtney Pine on his Journey To The Urge Within album and The Swingle Singers Live At Ronnie Scott’s.  The song was also featured in the Spike Lee movie ‘Clockers’.

To quote from the Guinness Book of Hit Records “they were the UKs best selling black group of the late 1970s and only fellow Liverpudlians, The Beatles and Frankie Goes To Hollywood, have had more singles in the all time top 100”. Still going strong in the 21st Century,  The Real Thing have definitely earned their reputation as the UKs No. 1 soul band.  Eight on stage, performance includes all their top ten hits, plus a medley of classic covers from Kool & The Gang “Ladies Night” and “Celebration”, “Good Times” by Chic and from McFadden & Whitehead “Ain’t No Stopping Us Now”,

What people say about The Real Thing

"They were absolutely fantastic, everyone was talking about them afterwards!
Henderson Management were brilliant to work with, kept in touch, were extremely helpful throughout the planning and would definitely use their services again for 2018. Last year I used a London based agency, staff moved and contact was lost a number of times contacting me days before the event. Richard was fantastic, always on the other end of the phone!" - Karen Maclennan, Grace House.

“What a weekend it was! The Real Thing were absolutely brilliant from start to finish and a pleasure to deal with. Please send my very best regards to the band and thank them for their brilliant efforts.” – Alice Richardson, Camper Calling Festival.