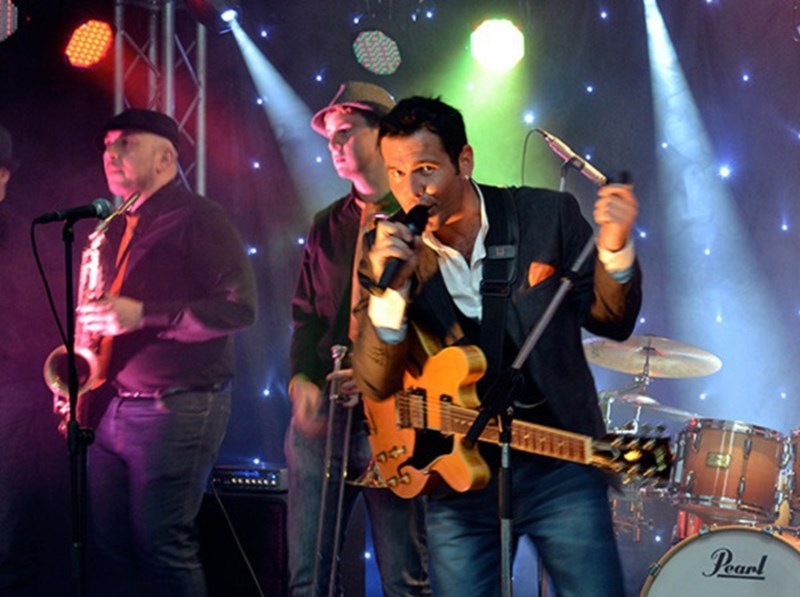 The Simon Faulkner Band are a collection of highly polished and professional musicians who for the last 16 years have been performing internationally and throughout the UK. Available for wedding receptions, corporate functions, private parties etc...

The Simon Faulkner Band are a collection of highly polished and professional musicians/entertainers who for the last 16 years have been performing internationally and throughout the UK from Ipanema Beach in Rio de Janeiro Brazil, the Formula 1 Grand Prix in Bahrain, to the Concorde Conference Centre at Manchester Airport.

The Simon Faulkner Band are available for a variety of events including hotels, marquee events, corporate functions and wedding receptions.

Simon's band has a very wide repertoire from Modern Day to Sinatra. The Simon Faulkner band pride themselves on making each event a success by being able to cater to the needs of the client.

The Simon Faulkner Band is a four piece band featuring some of the finest and hip musicians in the country who have worked with some of the biggest names in Pop.

Standard line-up is a 4-piece band...

Music through the bands sound system can be supplied free of charge until midnight.

A three piece horn section and/or percussionist can be supplied if required.

Alternatively, a sax player can be added to the standard 4-piece band.

What people say about The Simon Faulkner Band - Party Band

“Wanted to say that I had a wonderful party on Saturday and to pay my compliments to the Simon Faulkner Band who were just great and to Simon who is just delightful.  Would you please forward my comments to the band and thank them for me.” – Julie Holland