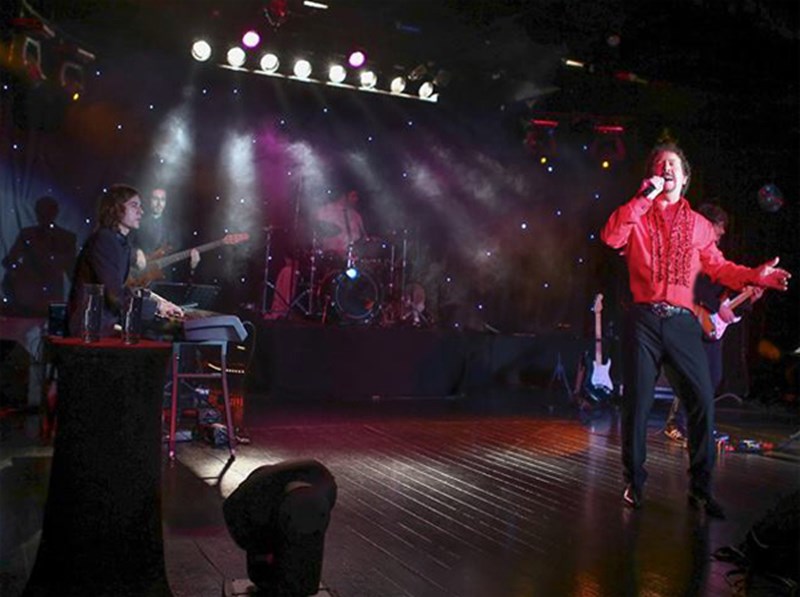 Ian has spent 14 years carefully developing his Tom Jones Tribute act, to a point where he is recognised as among the best of the T.J. Tribute Acts in the UK.

If you are a Tom Jones fan yourself, you will recognize all of the moves and routines that Tom Jones himself uses on stage. The Ian Anthony - Tom Jones Tribute Act has never failed to leave the audience shouting for more'!

Ian has worked with many of the top Tribute Artists in the country, providing entertainment to everyone who appreciates the Tom Jones style of music. He has worked with audience numbers from just a few family and friends, right up to a packed stadium of 43,000 fans, where the whole of the crowd was swaying, with arms raised, singing 'Delilah' !

Imagine your event with the dance floor packed, as people dance to the fabulous sounds of 'Kiss', 'Sexbomb', 'It's Not Unusual' plus many other tracks which Tom Jones has made into international hits in over 40 years of music!

There is truly something for everyone in the Ian Anthony - Tom Jones Tribute Show, with numbers like 'What's New Pussycat',  'I Who Have Nothing' and 'Delilah' guaranteeing the audience will be singing along at the top of their voices! This really is the Premier U.K. Tom Jones Tribute Act available!

For Tom Jones Tribute at its very best - choose the Ian Anthony experience!