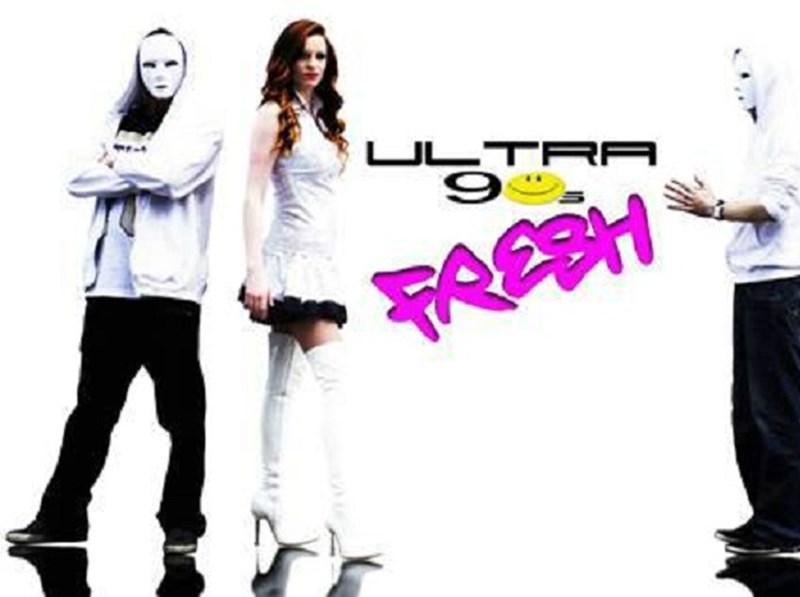 From the same management team as Ultra 90s, Ultra 90s Fresh perform the best classic chart, dance and club anthems from the 1990s....

Ultra 90s Fresh is from the same management and performance team as the hugely successful Ultra 90s show...

With very few other acts daring to touch this style of music, Ultra 90s Fresh goes where so many of us want to be taken, back to our youth. School days, Uni days, clubbing, first holiday without parents... Even the more mature audiences appreciate this show with its exciting arrangements, powerful vocals and bags of energy.

Michelle has worked hard to pull off the powerful vocals from Divas such as Kelly Llorenna ‘Set You Free’, Robin S ‘Show Me Love’, Rozalla ‘Everybody’s Free’ and the show has pulled out all the stops to re-create the sounds of acts such
as Snap, 2 Unlimited, Livin’ Joy and Baby D to name a few.

Ultra 90s Fresh perform the best classic chart, dance and club anthems from the 1990s. From Snap! To Faithless, from Dee-lite to Vanilla Ice, Ultra 90s guarantees to get any party buzzing. Taking you through House, Chart, Dance and Club Classics along with popular Drum and Bass tunes from the 90s - The Ultimate 90s Revival - 90s Nostalgia at it’s best.

Ideal for Universities, Theme Nights, Night Clubs and Corporate Events or any other function you can think of, Ultra 90s Fresh are also proving a popular choice for wedding entertainment hire.

Blow your whistle, put your hands up in the air and let me hear you say yeah!

Ultra 90s Fresh in the house!