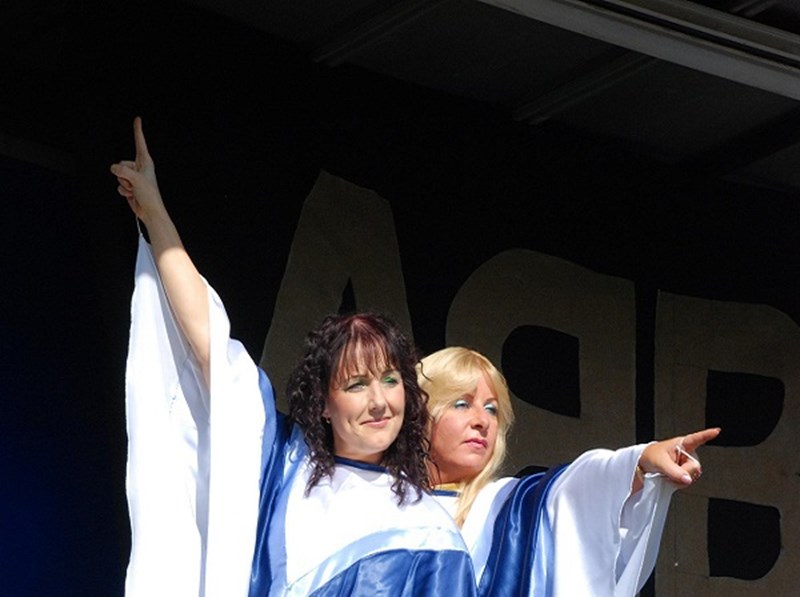 ABBANOW were formed in 2000 and have spent over 20 years entertaining audiences around the UK and the world...

ABBA NOW were formed in 2000 and have spent over 20 years entertaining audiences around the UK and the world.

Their musical expertise and attention to detail has ensured that ABBANOW is one of the UK’s leading Tribute bands.

ABBA NOW produced and recorded their backing tracks in a recording studio, using a studer (tape to tape reel) and recorded in exactly the same way as the original ABBA.

All ABBA NOW’s costumes are exact replicas of the original costumes originally made by Owe Sandsrom with painstaking attention to detail by their costume designer Anita Rose.

For many years ABBANOW have been entertaining audiences at many large outdoor events, music festivals, theatres, racecourses and hotels.

ABBA NOW have also performed at private events for many celebrities including Chris Evans, Barbara Windsor, Sally Lindsey, Matt Lucas and many corporate functions for companies including BT, Jaguar, Toyota UK, and Lush.

ABBA NOW have appeared on national and worldwide television  including live performances on the Lorraine Kelly show on GMTV, This Morning with Richard Madley and Judy Finnigan on Granada Television, “That 70’s Show on Channel 5, The Tricia Show on ITV, Central Weekend on Central Television.

ABBANOW have played at many hotel chains, festivals, theatres, premier football clubs, holiday parks and golf parks, some of which are listed below:

Abba Now can also offer a duo with just 'the girls'.

"Thanks for a brilliant show, it was a very successful night."
Neil Marshall, the Lowry Theatre Salford Quays.

"Many thanks for your excellent performance at the Gateway Theatre Chester."
Pauline Turner

"One of the most authentic look and soundalike ABBA Tribute Bands I have ever seen."
Lord Mayor Roger Blackmore  - Special Olympics, Leicester