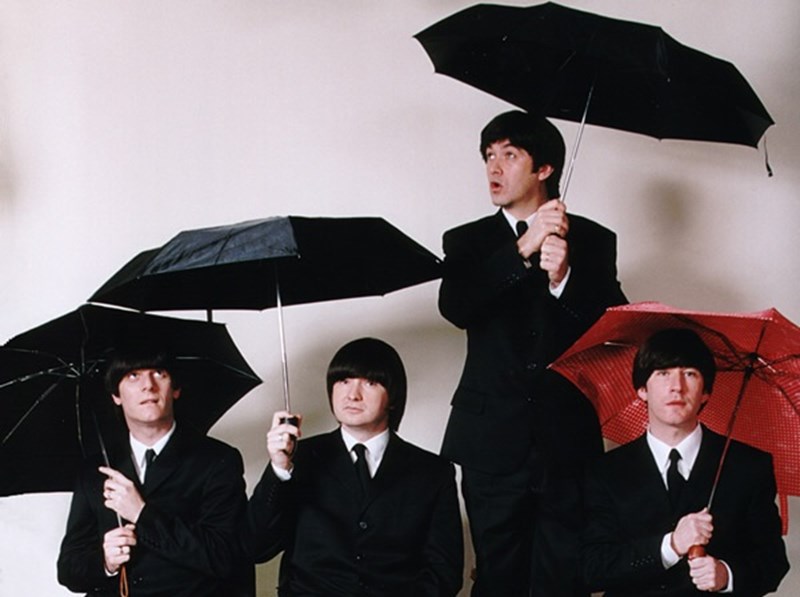 Formed in 1994 by musician /actor Chris O'Neill & inspired by his successful performance in the BAFTA Award winning Beatles film 'BACKBEAT, The Backbeat Beatles have gone on to become one of Europe's most sougtht after Beatles tribute bands...

The band was formed in 1994 by musician / actor Chris O'Neill inspired by his successful acting performance in the BAFTA Award winning Beatle film 'BACKBEAT'. The lads are all from the Liverpool area and have long shared a mutual admiration for The Beatles and had played alongside Chris in other bands previously.

Following numerous TV appearances and a country wide P.A. tour they were snapped up to appear in the highly successful 'Ultimate Tribute Show' late in 1994 which toured major UK theatres and cities.

1995 and 1996 saw their popularity increase with several UK and European tours of major venues including their own complete history of the Beatles show which toured Apollo theatres and appearances on The Big Breakfast. The Backbeat Beatles and Chris O'Neill himself have also been the subject of several articles in the press. Press cuttings are available to view on the media page.

"The Backbeat Beatles are probably the nearest you will get to the real thing" The Daily Mirror.

"BACKBEAT is one of THE great rock'n'roll movies ever. Chris O'Neill (George Harrison) shows he is as charismatic on stage as he is on screen" Empire.

The Backbeat Beatles don't just give a Beatles history lesson by preaching about song release dates and repeating every quip John Lennon ever made! They perform With an energy and spontaneity that makes for a fun, enjoyable evening for everyone involved.

The Backbeat Beatles have built up an unrivalled reputation. They performed at the Sporting Club of Monaco for the Forte International Hotels Conference, where they were received exceptionally well. The manager of the Sporting Club said they were the first band he has asked to do an encore in fifteen years! This is remarkable when you consider that top international stars have played there.

What people say about Beatles Tribute Band - The Backbeat Beatles