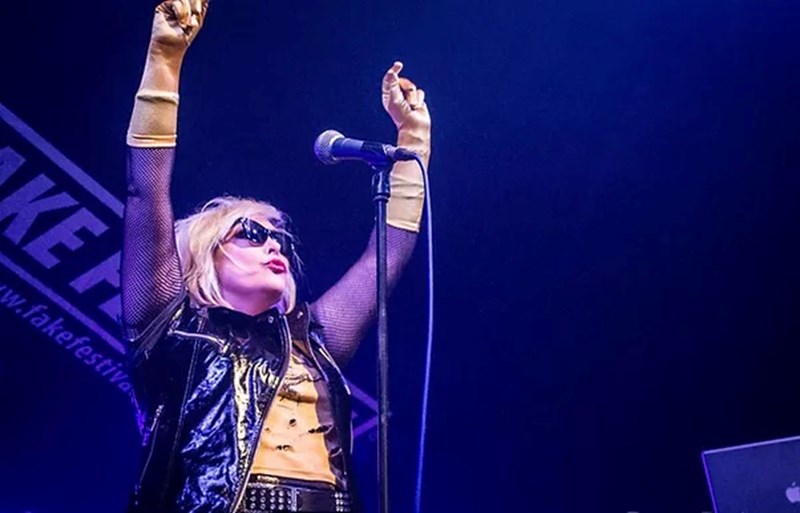 This show faithfully recreates the very sound and style of Debbie Harry's iconic 'Blondie'. With 15 years of experience around the world, 'Blondied' are guaranteed to WOW any crowd...

Blondied were formed 15 years ago as a result of an appearance by lead singer, Michelle Hendriks on ITV’s ‘Stars and Their Doubles’ show. Michelle was selected from thousands of look-alikes and her excellent rendition of ‘Sunday Girl’, along with her striking resemblance to Debbie Harry, generated so much interest from both booking agents and venues, that the next logical step for Michelle was to form a Blondie tribute band, to satisfy the obvious demand!
This fantastic tribute band have travelled far and wide, gaining experience in different countries around the globe, including Germany, Denmark, Canada, UAE, Russia & Japan.

This band have appeared at many high calibre festivals including the Silverstone Grand Prix F1, where the audience topped 25,000! Their appeal is far reaching and covers both the 70’s and 80’s decades. Attracting a wide audience of all ages, making Blondied the perfect choice for any event.

As well as being an uncanny Debbie Harry lookalike, Michelle also has the ability to emulate Debbie’s distinctive voice when performing her songs. In addition to this, Michelle’s movements and expressions are absolutely spot-on, transporting the audience back in time to the late ‘70s, early 80’s where Blondie’s rise to fame first began... 'Atomic' is an understatement when describing this power-packed live show!

Hanging On The Telephone

One Way Or Another

I Want That Man

"I have hired Blondied for a tribute evening and seen her live at a few venues. They are true professionals and really know how to liven up an evening... remarkably alike in looks and manor to Debbie Harry on stage. I would highly recommend." - Richard Mills, CEO at SleepCogni

"As a big Blondie fan, Michelle is without a doubt the closest you will ever get to the real Debbie" - Christopher Gee, TV comedian & voice over artiste

Blondied are the best Blondie tribute band I’ve ever seen and I’ve had the pleasure of working with them recently, they really are a top class tribute show. - Les McKeown, Bay City Rollers