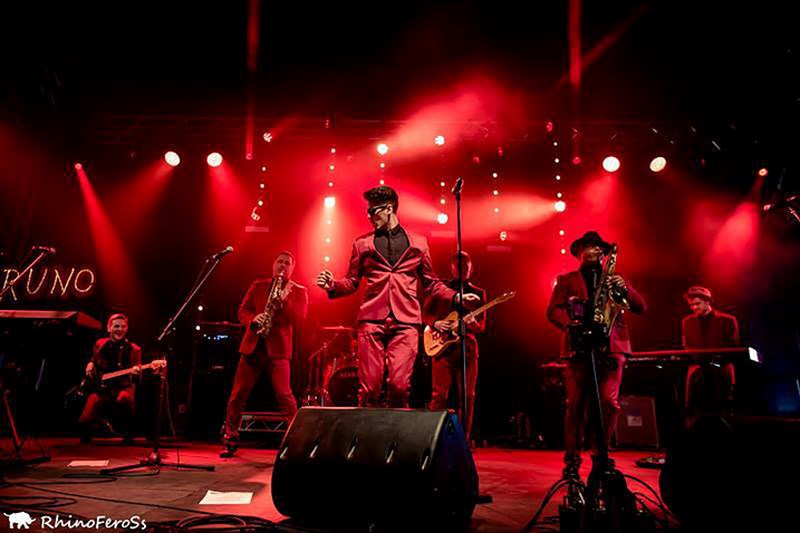 'BRUNO - A Tribute to Bruno Mars' are the UK's leading Bruno Mars Tribute, featuring a fully live & choreographed show. Since winning the official title of UK's Number 1 Bruno Mars Tribute for two consecutive years, the band have performed at theaters and festivals all over the UK and internationally.

With such a high energy show, the band are sure to get the house rocking every time! Expect to hear smash hits such as 'Locked Out of Heaven,' 'Grenade,' 'Treasure', 'Just The Way You Are', 'When I was Your Man', '24K Magic' and 'Uptown Funk!'

The show can be booked in a range of sizes to suit all venues and budgets. From our 10 piece band, with added dancers, to our smaller 5 piece band. For smaller venues or tighter budgets the show can also be booked as a solo performance with live orchestrated backing tracks.

Bruno - a tribute to Bruno Mars is available in the following formats:-

" Bruno was great – so young!!! Was a good change and definitely attracted a completely different audience which is great.  Brandon was lovely as were all the guys!!!  Good energy!" - Emma Gosling, China Rose, Bawtry