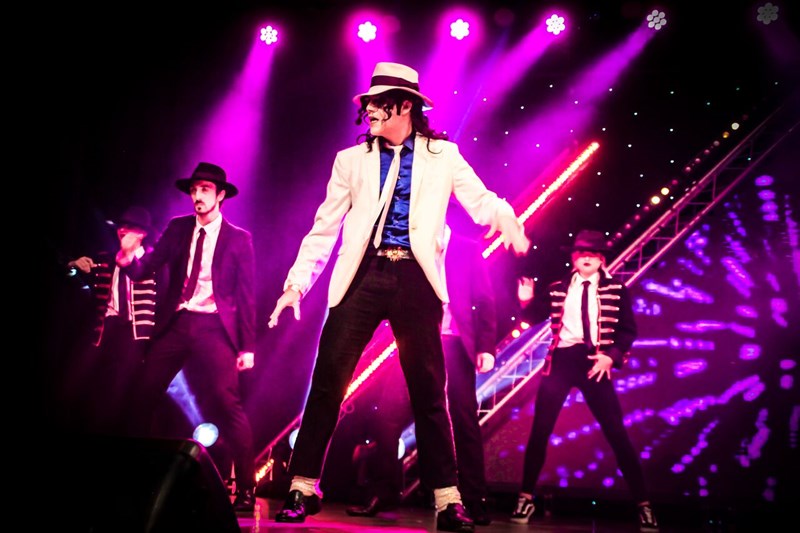 David Boakes is an in-demand UK Michael Jackson tribute act - available with 2 dancers or as a live band show!

One of the most experienced Michael Jackson tribute acts in the UK, David has been performing since the tender age of 5 years old.

David has performed in thousands of shows where each performance results in a huge demand for his return, proving he is one of the most popular tribute acts worldwide with a top class reputation.

David is one hundred percent devoted to Michael and this is easily noticed with every single performance – his live singing, dancing and show stopping moves are guaranteed to have you singing along to all of the King of Pop’s favourite songs.

With a Facebook page boasting over 100,000 followers, David Boakes has one of the largest tribute fan bases on social media and continues to grow by the month.

If you want a high-quality Michael Jackson tribute act & impersonator, look no further than David Boakes!

David Boakes’ Michael Jackson tribute show can be booked either as a solo tribute show, with x2 dancers or as a small band show with live drums and live guitar.

'David was amazing and he was kind enough to let an 8year old mini MJ dance with him... try and find the video on Facebook, it’s honestly worth the watch! It was great to bring these two together as the young boy has been following David on Instagram for ages! Thanks for organising it for us.' – Kate Larden, Cams Hall Estate Golf Club

'It was lovely to have such an engaging act to help us raise so much money.' - Macmillan Cancer Support

'David was absolutely fantastic. Customers loved him. He was a true entertainer. Don’t think there would be anyone better'. - Pierce Jayes, Stadium Leisure

"Well.. what can we say. David was absolutely incredible last night!! He did what not many acts could do which was make the night one to remember. He had everyone singing and dancing from start to finish. I am still getting messages thanking me for organising the night and mentioning how amazing David and his two girls were. They were polite and happy to cater to all our needs whatever they may be and we loved having them there!! This night could not have been possible without you as an agency so thank you" - Jamie Smith