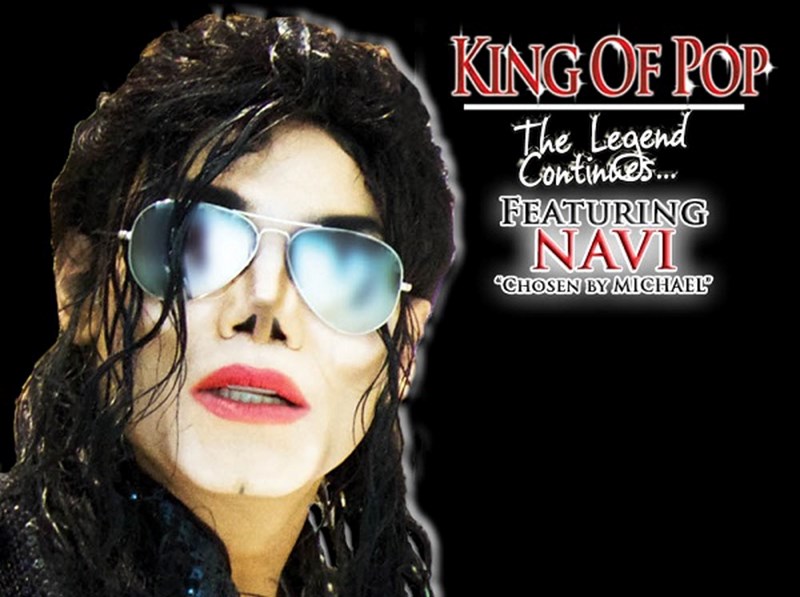 No other impersonator or tribute act has ever come close to achieving what Navi has accomplished to date. Listed below are a few points that underline Navi’s many achievements, his professionalism and commitment to delivering an ‘MJ performance’ second only to the man himself - Michael Jackson.

Below are quotes from some from the most recognisable names in the entertainment industry that have commented on Navi's ability to deliver a truly world class performance;

You’re an amazing dancer, do you practice every day?
Michael Jackson

The Show
This show is in its 20th year. There have been many changes along the way, and even now the show has been yet again re-vamped. This is simply because the ‘King of Pop’ show is a reflection of the genius that Michael Jackson is in both audio and visual.

The show has been designed in such a way, that it can be adjusted to suit any venue or event. From a wedding reception to a birthday party, nightclubs to hotels, dinner shows to open air events, the ‘King of Pop’ show has delivered on every occasion.

Navi is available as a solo act, or with dancers (2 or 4) depending on budget. It can be adapted from 5 mins to 1hr.

Navi The Ultimate Michael Jackson Impersonator who is:

Navi is available as a solo act, or with dancers (2 or 4) or indeed with a live band - depending on budget.

"The party was amazing, it couldn't have gone any better. Navi and his dancers were outstanding and couldn't have been more helpful in making the party the best it could be. It was Mia's dream to have Navi perform at her 18th party and to see her face when he arrived was incredible! Everyone at the party commented on how amazing Navi was, thank you for making this happen!" - Donna Cookman, 18th birthday party.