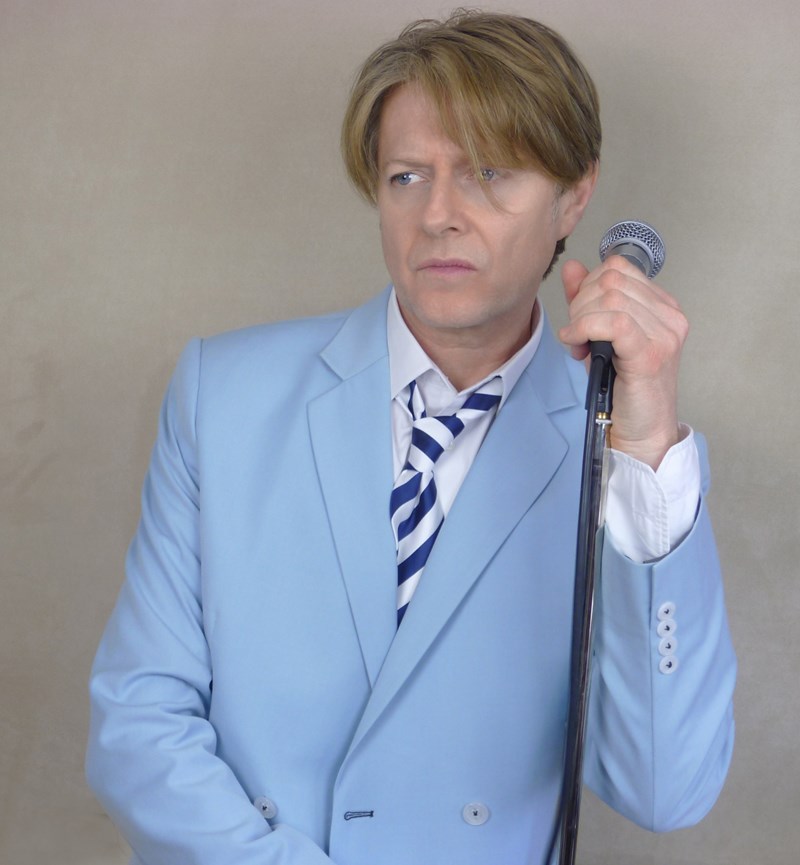 Award winning 'Pop Up Bowie' performs the greatest hits of David Bowie, from the 70s through to the nineties and beyond...

The award winning 'Pop Up Bowie'. A stunning tribute to David Bowie.

'Pop Up Bowie' performs the greatest hits of David Bowie, from every era of 'the guy's' career from the 70s through to the nineties and beyond.

The front man, Paul Antony, a huge fan of Bowie, accurately portrays the charismatic performance of his hero.

Paul's vocal and visual likeness to David is remarkable. Pop-Up Bowie recently had the pleasure of performing an acoustic gig for Maggi Ronson, sister of the legendary 'Spider from Mars' and Bowie side man Mick Ronson.

'Singing for Maggi Ronson was an amazing and emotional moment for me'' Paul said.

He performs solo, or backed by a fantastic band of experienced, pro musicians to provide a pulsating night of pure, authentic Bowie!

In the words of the David Bowie Official Fan Club, 'Amazing'

Also available with a live band.