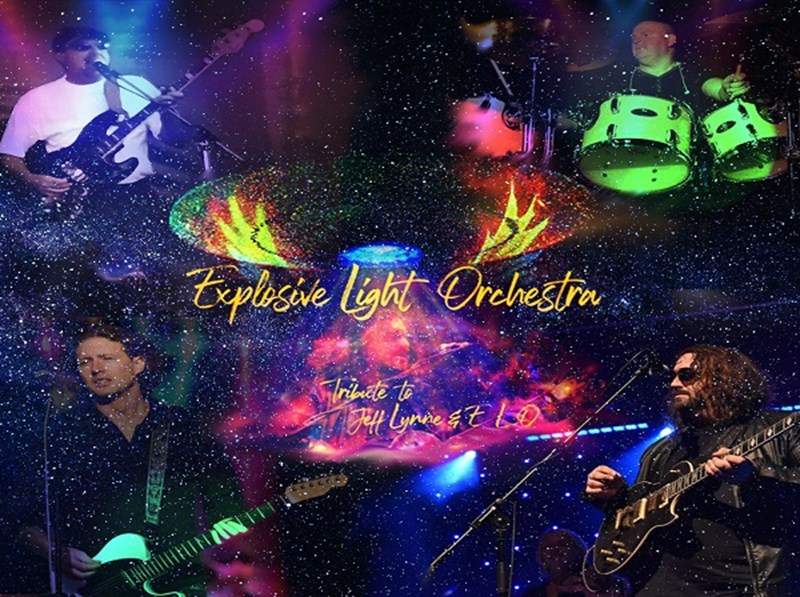 An epic night of rock classics and melodic symphonic rock by the most sought after ELO tribute band currently touring the UK and Europe!

A celebration of the music of Jeff Lynne and Electric Light Orchestra – performing all the classic hits such as Mr Blue Sky, Livin' Things, Telephone Line, Don't Bring me down, Evil Woman, Last train to London, Turn to Stone and many more...

An epic night of rock classics and melodic symphonic rock by the most sought after ELO tribute band currently touring the UK and Europe, showcasing the songwriting and genius of Jeff Lynne and Electric Light Orchestra. A full 5-piece outfit, including the famous string section, gives fresh life to ELO classics.

A must see tribute to the amazing ELO consisting of professional, multi-talented musicians and singers who have played thousands of dates all over the world; and have worked with legendary rock producer Mack (ELO, Queen, Rory Gallagher etc.)

Come and join in the celebration of the genius of one of the UK's best songwriters in a night not to be missed!

The band is a 5-piece with violin.

“The Crowd were bouncing and singing along!  The Atmosphere was ELECTRIC!  Pure Brilliance!”  - Zoe Hinks, The Birmingham Roadhouse

“Stunning Musicians, Fabulous Harmonies and they really brought the house down...I’m having them back!” - Gary Melvin, The Diamond, Sutton in Ashfield

“Having been a massive ELO fan since my teens, I recently went to see ExpLO and was blown away with the production and the live vocals and harmonies...AMAZING!” - Nigel B, Solihull

“Been a fan of E.L.O. since the days of The Move. If you want to relive those days, you cannot do better than The Explosive Light Orchestra! Their gigs encompasses every thing from 10538 Overture onwards. When you consider the production facilities that Jeff Lynne had, you will be astounded by their performance . Excellent guitar renditions: A drummer who could out Bev anyone. The keyboards were amazing. The string trio was absolutely fantastic. To top it all, the vocals were outstanding!" - Phil Evans, Treorchy