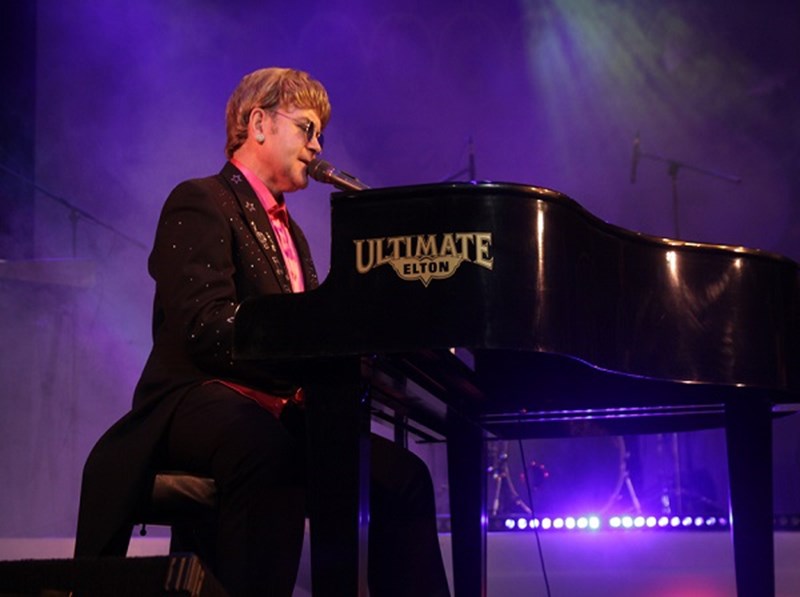 Voted as the official UK No.1 Elton John Tribute Act at The National Tribute Awards...

Ultimate Elton performs solo with backing tracks for a ‘full band’ sound, or with his five piece band for a fully live sound.

Highlights
* The closest look and sound to the real Elton that you will find
* Extensive repertoire from every period of Elton’s career
* Tremendous value for money
* Features some of Sir Elton’s actual clothes!
* Ultimate Elton is happy to mingle, pose for photos and answer questions about Sir Elton’s life and music.

A lifelong Elton John fan, Paul first started singing and performing Elton’s songs whilst studying Performing Arts at University in the early 1980’s. With an extraordinarily similar singing voice to Sir Elton’s, Paul is able to draw on an amazing back catalogue of hits to produce a truly wonderful celebration of Sir Elton’s music. Paul’s performances also feature some of Sir Elton’s actual clothes, bought from his ‘Out the Closet’ sales.

Elton John’s extraordinary repertoire means that Ultimate Elton can serenade an audience over lunch or dinner with some of the most beautiful ballads every written, including Your Song, Candle in the Wind, Don’t Let The Sun Go Down On Me, Sacrifice and Sorry Seems To Be The Hardest Word. He can also change the pace and get people on the dance floor with classics like Crocodile Rock, I’m Still Standing, The Bitch is Back and Saturday Night’s Alright For Fighting. Ultimate Elton’s challenge is often not what to play, but what to leave out!

With Elton’s music appealing to all age groups, including the Lion King for the younger audience members, Ultimate Elton is the ideal choice for any family celebration, whether it be a birthday party or a wedding reception as part of your wedding entertainment or indeed a corporate function or party.

As well as performing at numerous music venues, restaurants, hotels and corporate events, Ultimate Elton has also performed in front of thousands at the turning on Christmas lights, and will this year be featured on the main stage at Tribfest – Europe’s largest tribute festival, which attracts some 5,000 people.

Sir Elton John now reputedly charges £2 million for a private function. You’ll be pleased to hear that Ultimate Elton is not quite so expensive!

Ultimate Elton is also available with a live backing band