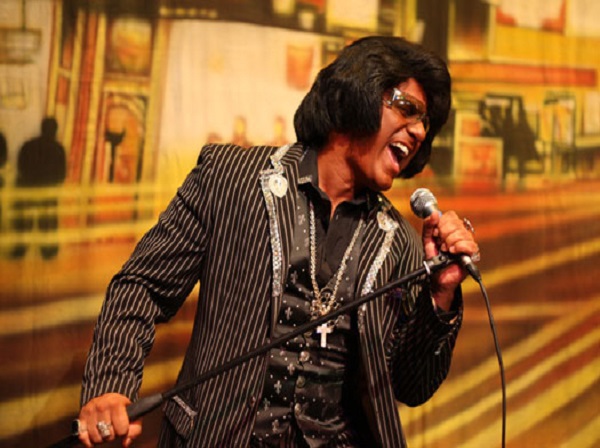 This is a strikingly accurate James Brown tribute respectfully dedicated to the hardest working man in show business. Buzz D'Angelo has performed with many soul music's all time greats – icons such as Ben E King, Gladys Knight and Edwin Starr - Official UK Number 1 - as voted for at the National Tribute Awards...

Buzz D'Angelo has been performing his tribute to “The Godfather of Soul”, James Brown all over the world. James Brown's music crosses every generation. Spanning the 50’s, 60’s, 70’s, and 80’s. He is still very influential with many of today’s new artistes.  Buzz also includes some material by “The genius” Ray Charles in his show. So weather you like “Hot and Funky” or “Cool and Mellow” Buzz will make sure you “Feel Good”.

During his career, Buzz D'Angelo has performed with many of soul music's all time great icons such as Ben E King, Gladys Knight, The Commodores and Edwin Star. With a life long admiration for James Brown, Buzz decided the gritty raw power of his own vocal style was was perfect for a tribute to his idol.

or 2 x 45 mins Buzz's show can also be booked with a full eight piece band (can be scaled down to small 3-piece band with Buzz playing guitar to suit venue size and budget) - 1 x 75 mins or 2 x 50 mins. Including songs from other soul greats.

"Buzz was brilliant! He was professional, friendly and everyone loved his performance." - Andrea Parker, Wedding, 2018

"It was a great night. Buzz was fab made my night and everyone loved them. Please pass on my big thanks again to them both" - Colleen Taylor, Birthday party.