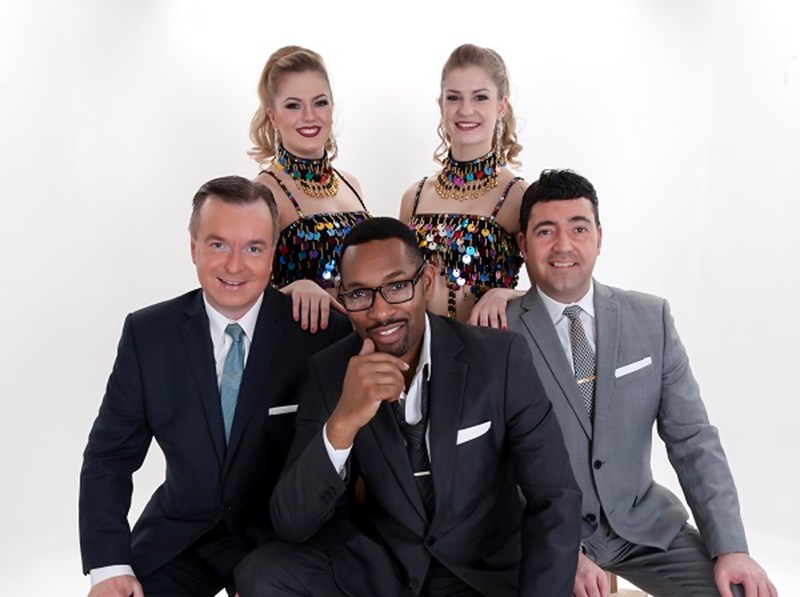 Rat Pack Tribute Act - The Rat Pack Is Back

David Allacey's THE RAT PACK IS BACK - THE ULTIMATE TRIBUTE TO THE LEGENDARY RAT PACK. This hit Rat Pack show perfectly captures not only the wonderful music and comedy of the original legends, but also the remarkable personalities - voted as the official UK Number 1 Rat Pack Tribute show at the National Tribute Awards...

About Rat Pack Tribute Act - The Rat Pack Is Back

The hit show 'The Rat Pack is Back' perfectly captures not only the wonderful music and comedy of the original legends, but also the remarkable personalities of the stars who truly ruled the entertainment world. The Rat Pack is Back is now Britain's longest running tribute to Frank Sinatra, Dean Martin and Sammy Davis Jnr. In 2004 the guys were honoured to perform for HRH The Princess Royal at a Royal Command Performance and recently appeared in front of 35,000 people with their Big Band as part of the VE Day celebrations.

David Alaceys outstanding production The Rat Pack Is Back accurately recreates the legendary performances of the pre-eminent entertainers of their time, together on stage and features Britain's best tributes to the fabulous originals. They can be backed on playback (Fantastic backing tracks recorded with a swinging live big band) or by the swinging Don Hunt band. Mr Hunt has also served as Bruce Forsyths musical director for over thirty years and during an amazing career has held the same role for the likes of Anthony Newley, Bing Crosby and even the real Sammy Davis Jnr. Many sizes of band are available, from a quartet to a 20 piece orchestra, and you have the option to choose the band appropriate for your event.

The Rat Pack Is Back includes all of the hit songs made popular by the legendary performers such as "Aint That A Kick In The Head", "The Lady Is A Tramp", "My Way", "Mr Bojangles" and of course, New York New York. These are performed with Amazing Accuracy and to achieve this the producers found the very best tribute artists for the roles of Frank Sinatra, Dean Martin and Sammy Davis Jnr. These guys not only sing like their heroes, they physically resemble them on stage, share their unique mannerisms and even talk like they are at the Sands taking part in the summit.

David Alacey who also devised the show, plays Frank Sinatra and after working with the Vegas Legend - Buddy Greco, Buddy was moved to say that "This Guy Really is Sinatra" - quite a complement! but even this did not come close to to the comment by Frank's daughter who said that David's recording of "New York New York" with a 35 piece orchestra for a new Atari PC game was "too close to my fathers recording" It really doesn't get better than that!

Des who plays Sammy Davis Jnr, was seen by millions for four years as Lenny in Eastenders for the BBC and can now be seen working as a presenter for "The One Show" again for The BBC and Andrea who like his hero is also Italian, was a "Stars In Their Eyes" finalist as Dean Martin for Granada TV in 2000 and since then has worked all over the world as Dino.

However, it is not just the three principle characters that make the show such a success. There is also a larger cast available for the full Ratpack Vegas Experience. Even more glamour is added to the show when the likes of Judy Garland, Barbra Streisand or Nancy Sinatra join Frank and the gang on stage

So Don't miss out on the chance to join the Kings of Cool with their fabulous Big Band and special guests and The Vegas Showgirls for a unique night - Vegas style!

If budgets are a little tighter, the Kings Of Cool are an ideal option. Starring David Alacey as Sinatra With 'Stars In Their Eyes' Finalist Andrea Morrelli as Dean Martin. The show not only features all of the duos comedy and hits, such as: Amore, My Way And New York New York but unlike other Frank And Dean Shows it also includes some of Sammys hits. You get a real Rat Pack style show for not much more than a solo tribute act would cost. Like The Rat Pack, this show can be booked on playback or with a fabulous live backing band.

The Rat Pack Is Back And The Frank And Dean Show Are Available For Bookings Worldwide.

*Please note Sammy Davis Jnr & Dean Martin may not be those that appear in the publicity and maybe subject to change.

"These guys are fantastic"
- Dannii Minogue

"The Rat Pack Is Back guys were sensational - how am I going to top it next year"
- Gemma, The Park Inn Hotel

"The Rat Pack Is Back was a quality show and exciting tribute to the ‘Rat Pack’, with three top performers and four experienced show biz musicians to back them up. With some modern techno wizardry they made the same big sound as a full dance orchestra"
- The Millford Mercury

"The show was amazing just unfortunately over far too quick the time flew by. Everyone loved it though and thought all of you were fab. Nikki and I knew you guys were good from the clips and demo's sent to us but when we heard you in rehearsal we couldn’t believe how good you were, we have been telling everyone about it and there is a buzz in the office today"
- Kerry Jones, Marketing Manager, Dansac UK

"You guys really are TOP of the premier league! Your shows gets even better every time that we book you"
- Karen Brady, CEO Birmingham City Football Club

Where budgets or space are restrictive the Frank & Dean show is also available.

Available with backing band starting from 4-piece band (up to 20-piece band).

Fees guide is for 3-piece show.