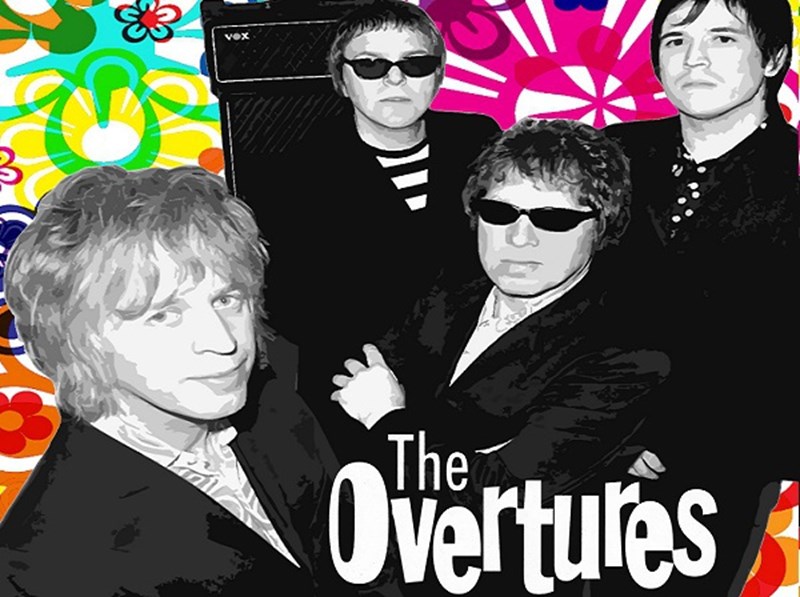 Lose yourself in a spectacular sixties show with The Overtures! Available for corporate functions, private parties, wedding receptions...The Overtures have performed for the likes of Paul McCartney and Elton John!

About The Overtures - 60s Tribute Band

The Overtures present a faithful and dynamic tribute to pop's greatest decade.

With their magnificent repertoire of over 400 songs they have rapidly built their reputation as the finest 60s tribute band in the country.

You'll hear every aspect of sixties music from the early 'Merseybeat' of The Beatles and The Searchers through to the 'surf' sound of The Beach Boys – the rhythm and blues of The Rolling Stones to the folk-rock of The Byrds and The Mamas and The Papas – the close harmony of Simon and Garfunkel to the psychedelic power of Jimi Hendrix.

This band is amazing! They're just the best band of their kind in the world."  Elton John - GQ Magazine

The Overtures are firm favourites on the private party and corporate event circuit - performing for the likes of Sir Paul McCartney at his after-show party in December 2009 at Matter nightclub at The O2 Arena, Elvis Costello and Diane Krall, Chris Difford of Squeeze, Kenney Jones (ex of The Who and The Small Faces), the annual Liverpool Beatles Convention, the Cavern Club and many, many others.

In November 2008, Sir Elton invited the band to entertain, this time at a party thrown to celebrate Lulu's 60th Birthday. Many of the musical legends present were at one time or another coaxed on to the stage to perform with the band.

Two weeks following Lulu's party Sir Elton asked the band to support him at his New Year's Eve show at The O2 Arena in London! The band performed a 40-minute set to 17,000 people in a show that included Will Young and X-Factor winner, Alexandra Burke.

January 2009 saw The Overtures realise another ambition. They played three sell-out shows in Las Vegas where they performed their theatre production, 'The Bootleg 60s Sight and Sound Show" at the Suncoast Casino. The band returned in September 2009 for a further four shows at The Orleans Casino to standing ovations.

In April and May 2010, The Overtures appeared on live television, first in Germany, where they provided backing for Robin Gibb, Peter Noone and Chubby Checker, and then in Majorca, for the German TV show Wetten Das, performing with the American music legend, Lionel Richie, seen live, by countless millions.