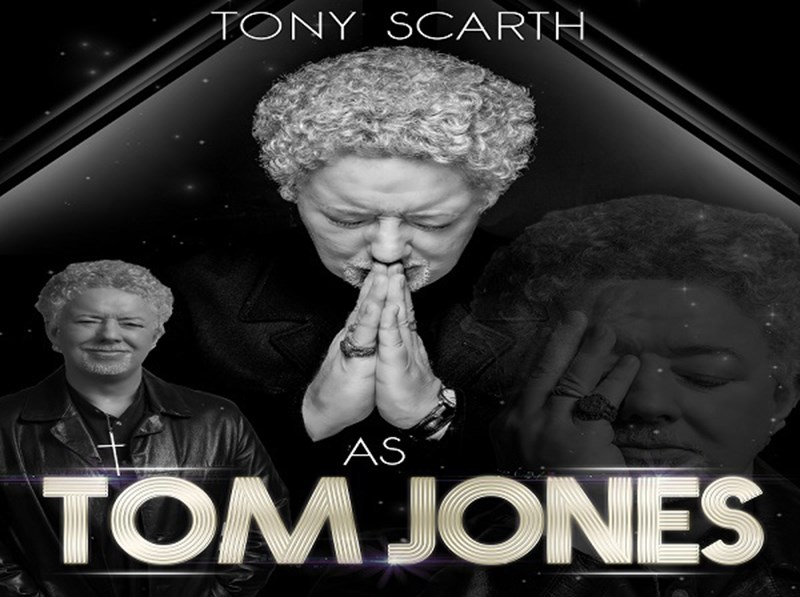 It all started back in March 2002 when Tony Scarth appeared on ITV's cult TV series 'Stars in Their Eyes'. It was all go from then on, with countless appearances in theatres, even "Her Majesties Theatre" in Haymarket, west-End London...

Appearing on ITV’s cult series “Stars in their Eyes” was undoubtedly the pinnacle of Tony’s career. After all, tens of thousands applied each year and only a handful were picked to appear on the TV show. However waiting patiently in the wings was London‘s world famous West End, in the form of Her Majesty’s theatre Haymarket; an audience jam packed with stars. This was just the start for Tony with the show itself and Tony's performance being in OK magazine...
Not stopping to catch his breath, Tony joined many of his fellow “Stars in their Eyes” finalists in a summer tour of Butlins holiday centres calling at Bognor Regis, Minehead and Skegness; packed out each evening with 3000 plus fans. Tony then joined fellow “Stars in their Eyes” legend the late great Bernie Wenton aka Nat King Cole in performing at Vicki Gates (THE BILL) star-studded wedding at Liverpool’s Adelphi hotel (once again featured in OK magazine).
He has continued wowing  at massive open air festivals including Stourport Carnival, West Midlands Safari Park plus open air performances at Leicester Racecourse, Hilton and Village hotels adorned by screaming fans(!)
Tony regularly  frequents Ireland and Scotland aswell as performing his award winning tribute throughout Europe where his show receives rave reviews in local newspapers.
Testimonials
"A total Tom Jones transformation" - Mathew Kelly
"Tony's a star" - The Crosby Herald
"Tony is unique in that not only does he sound like Sir Tom but he has Sir Tom's mannersims and moves down to a T" Cruise  - Director Oceana P+O cruises.
"Seeing is believing...Tony's tribute to Tom Jones is unbelievable-he had the crowd eating out of his hands"  - Beckets restaurant
"Thank you Tony for making our Wedding celebration complete-we were so glad that you could come and entertain us-the voice the moves amazing-thank you once again!!"