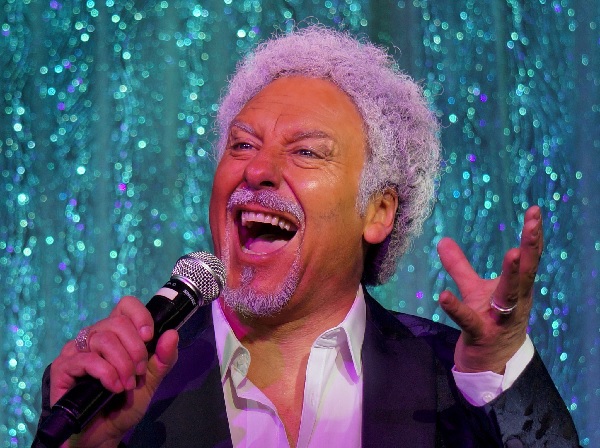 Andy Wood has gone on to great success with his Tom Jones Tribute act both in the UK and abroad, with over 20 years of performance experience within the industry since his appearance in 1993 on “Stars in Their Eyes''...

With 20 years of performance experience within the music business, Andy Wood has become renowned for his vocal ability and showmanship, matched equally by his professionalism.

After an appearance in 1993 on the hit TV series “Stars in Their Eyes”, Andy became involved in the newly emerging tribute scene and throughout the last 15 yrs has established himself as one of the leading performers in the U.K.

His tribute work has taken him around the globe with contracts in America, South Africa, the Far East, Central Europe and Scandinavia with many TV appearances for ITV (Starts in Their Eyes, The Late Show), Sky TV, Poppelganger and Mnet (South Africa). Andy is also a hit with many corporate clients. He has worked for Virgin, Granada Television, Cisco Systems, Pentax, Yale and many more.

Andy can also work with his own live band.

Andy Wood is an excellent entertainer and a true gentleman - he made time to chat with customers on the night which was great.

Henderson Management gave us excactly what we asked for and kept in touch to oversee everything which was great,

The No.1 Amalgamated Club

Andy Wood was very polite, professional and was an amazing tribute; great quality and got every one in the audience involved.

Thank you so much for Andy Wood; he did a fabulous job.

The audience loved him. There was already hype during the day about him as 4 different couples had seen him in the UK previously and had told guests how good he was. The dance floor was full for his finale with rapturous applause at the end screaming for more!!