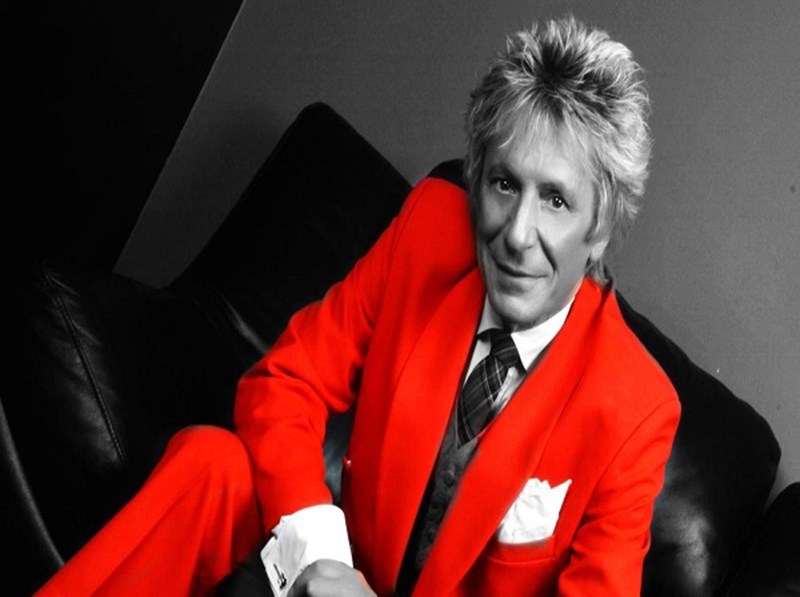 Gerry has been in great demand as a truly authentic look and sound-a-like of 'Rod Stewart'. Having the same husky voice and flamboyant appearance, his performances are a re-creation of the great man himself...

Gerry began his career singing with the 'The Long John Baldry Band' performing on television and at many venues, music festivals and appearing extensively throughout Europe and the rest of the world.

Then Gerry was signed by Long Johns management as a solo artist, and went on to have extensive solo recordings with many top recording companies, these included; CBS, PYE, Decca, Bluebird. While also gaining experience and a favourable reputation, working alongside major artists in both recording and 'live' situations. Recording with the band Bandit who released three albums with Arista and Ariola America, giving Gerry an extensive pedigree and appearing with the likes of Queen, Marc Bolan, Traffic and Free to name just a few.

Ever since the growth in popularity of the hit T.V. show Stars in Their Eyes (Granada TV) Gerry has been in great demand as a truly authentic look and sound-a-like of 'Rod Stewart'. Having the same husky type voice and flamboyant appearance, his performances are a re-creation of the great man himself!

Indeed Gerry was chosen to portray 'Rod' for the TV documentary 'Rod's Girls' alongside all Rods ex girlfriends / wives.

"Dear Richard, Gerry was absolutely fantastic. Everyone was impressed. Some of our friends want Gerry's information so hopefully that will generate future bookings! He was amazing and thoroughly good value for money. Sharon had a fantastic time. As a Birthday present, she couldn't have asked for more. Thanks again" - Eibhlis Keogh, Birthday Party

"Hi Richard, Gerry was fantastic and made a great evening. He even stayed after his set and played music and set us up with a bit of Karaoke. He made sure we all had a great evening and I can not thank him enough. Top entertainer" - Lee Fitzgerald