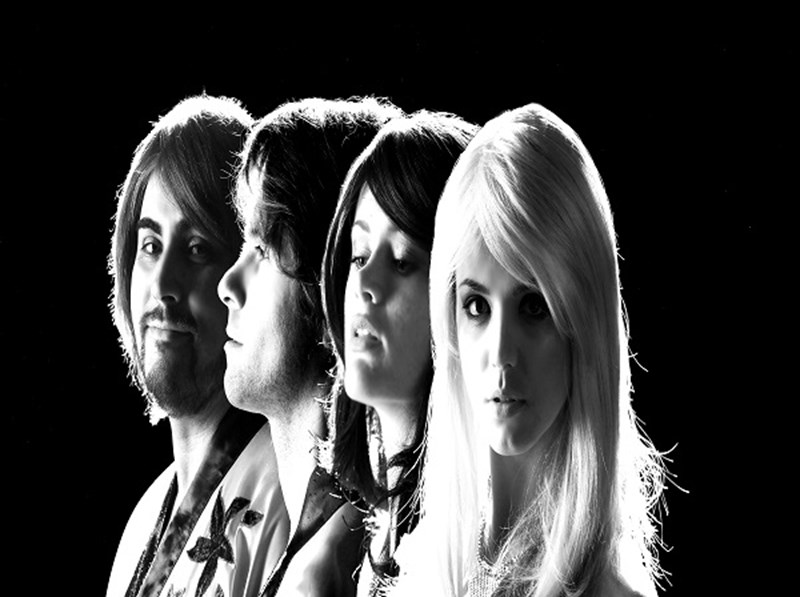 Abba tribute band Planet Abba have established themselves as one of the UK’s leading Abba Tribute shows. Planet Abba's professionalism and sheer enthusiasm both on and off stage, have secured them a reputation beyond reproach...

Since their formation in 2002, Planet Abba have succeeded in establishing themselves as one of the UK’s leading Abba tribute bands. As they have grown in both popularity and reputation, so too has their stage show. Planet Abba can now boast a custom built 6k P.A. system, controlled by a top of the range Allen and Heath mixing desk. A full stage set incorporatrd an LED Starcloth backdrop, a full lighting rig which includes all the industry standard generic lighting, plus fully programmed intelligent effects .

Planet Abba's professionally choreographed stage show, with many costume changes, faithfully encapsulates the sights and sounds of Abba and their endless stream of unforgettable hits. Gaining a renowned reputation, whilst fulfilling many of their regular bookings in hotels and casinos, returning time and again due to high demand, Planet Abba also provided the entertainment at "The Highland Games", varied outdoor music events in central London and many high profile conferences.

Planet Abba have worked alongside several named artistes, including The Four Tops, Slade, Mudd, Jimmy James and The Vagabonds, 911, Showaddywaddy, The Real Thing and The Royal Philharmonic Orchestra.

This internationally acclaimed, highly sought after tribute band were requested by the BBC to appear in a documentary. They featured in BBC 2's "Pay Off Your Mortgage". Recently Planet Abba were the pre-match entertainment at Leeds Rhinos stadium, live on Sky TV. Last year they were also guests of honour, performing in front of thousands for a radio station in Bangalore, India. Planet Abba's professionalism and sheer enthusiasm both on and off stage, have secured them many re-bookings and has earned them a reputation beyond reproach.

From football stadiums to casinos; from garden parties to palaces. Planet Abba are the perfect choice for all occasions - themed nights, special functions, party nights or weddings, the list is endless...

PLEASE NOTE - LINE-UP CAN SOMETIMES DIFFER FROM THAT LISTED ATHE DISCRETION OF THE ACTS MANAGEMENT.

Planet Abba are available as a duo (see Angel Eyes below) with the girls or as a 4, 5 or 6 piece band.

"They were absolutely amazing. Haven’t stopped receiving messages from customers who really enjoyed them and had a good night." - Dave McCloed, The Plough, Pilning

“Everything about Planet Abba is just so professional and perfect! They arrived in plenty of time to set up and sound-check. Four very easy going people, nothing is too much for them and they cap it off with a very authentic sound of Abba that had everyone up from their seats dancing by the end of their first song. These would be great for any occasion; weddings, birthdays, fundraisers or just to have a great night.” – Michael Jeffels, The Rose Inn, Newcastle upon Tyne


Planet Abba overwhelmed us by their performance and the nostalgic trip on Saturday night. The audience turnout was unprecedented. Planet ABBA didn't disappoint and came back for 3 encores which speak of the effect they had on the audience. It was fun to interact with such warm and absolutely down to earth people and musicians. We look forward to have them again sometime and working with you on more acts coming to India in the near future.
- Jagadeesh M.R, Radio Indigo, Bangalore

A great choice for a wedding band thoroughly enjoyed it. Brilliant.
- David Tennant

I wish to thank you very much for recommending and arranging for Planet Abba to appear at our function in the Sergeants' Mess RAF Innsworth on Sat 22nd September. They were absolutely sensational! Their voices, costumes, instrumentals were very very good. A truly professional performance by four very talented and very nice people. Everyone thoroughly enjoyed the night, which was a special night for us this being our last big social event before this wonderful Government of ours closes our Unit (RAF Boddington) for ever as part of the defence cuts! Planet Abba made it a night to remember. I cannot praise their performance enough. Thanks again.
- Lorraine Cole

The best Abba tribute band I have ever seen, you guys were fantastic!
- Derren Brown

In my line of business I come across many tribute bands and have indeed seen a number of Abba tributes, but I have to say Planet Abba take some beating!!
- Steve Wright

Planet Abba were absolutely fabulous and perfect for any party!
- Rachael Godwin

"Planet ABBA were very good thank you. They were very well received on the night and it was a sell out party!" - Becky Manning, Sales Manager, Pine Ridge Golf Club

“Band excellent and everyone had a fab time.” – Ken Browne