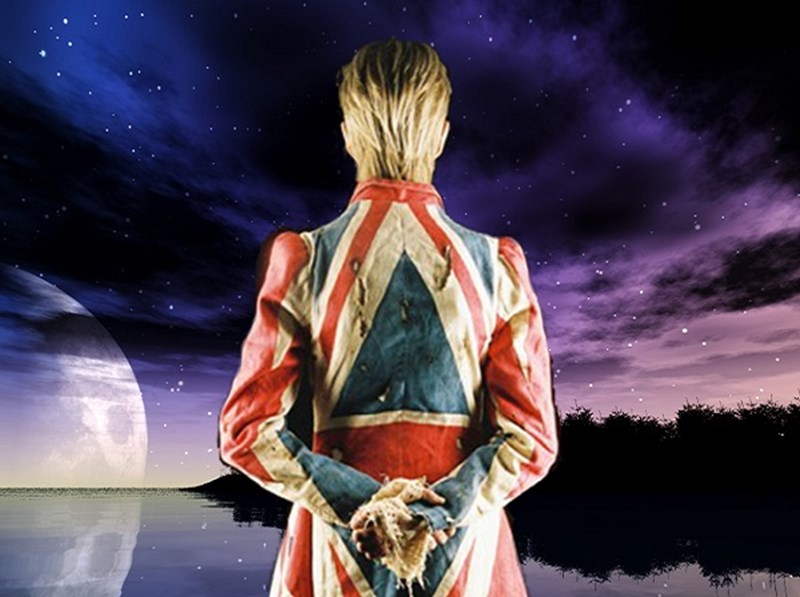 The only David Bowie tribute act in the world to be invited, and attend the 'invitation only' private viewing of the 'David Bowie Is' Exhibition at the V&A Museum in London! Available solo or as a live band show...

The only David Bowie tribute act in the world to be invited, and attend the 'invitation only' private viewing of the 'David Bowie Is' Exhibition at the V&A Museum in London in 2013.

August 11th 2013 BowieXp performed live on the steps of the V&A London as part of the 'Occupy Bowie' event, to close the David Bowie Is Exhibition.

The Bowie Experience was first established in 1997, initially called 'Spaceboy'(taking inspiration from the album 'outside') it was formed by a group of musicians attending music college.

Spaceboy played Beckenham's annual Bowiefest (sharing a stage with Steve Harley), appeared in Dazed and Confused magazine and recorded 'the Laughing Gnome' for an animation company in Cologne, Germany, before ending it's run at 'the Bournemouth Festival of Light' outdoor concert in late 1998.

In 2003, Laurence performed live as David Bowie at The Royal Albert Hall, and in the same year The Bowie Experience supported Roy Wood (of Wizard fame) in Scotland.

From 2004/5 to date The Bowie Experience have been featured regularly on davidbowie.com and Blam (of Bowienet) asked for two copies of the unplugged cd from the Bowie Experience, one for him, and one for Mr Bowie.

Laurence as Ziggy Stardust was employed by British Telecom to promote their 'Mars Communicator' at Leicester Space Centre, he was asked by Sky Tv to appear at the launch of the Biography Channel, Ziggy also appeared in Armando Ianucci's comedy series 'Time Trumpet', and 'Don't Tell The Bride' for the BBC, recreated the Ziggy Stardust album cover photograph by appearing in Heddon street to feature in an 'app' for the Museum of London and performed at the very top of the 'gherkin' building in central London.

In 2009 The Bowie Experience played an outdoor festival in Surrey supporting 'The Boomtown Rats' (and ended up playing the headline slot!)

Available to book as a solo, duo or with live band.

How the show runs is again your choice but usually - the first set being 'Ziggy' era music with relevant costume, and the second set 'Ziggy' era to present day

"The lead was donned in a Union Jack Trench coat and really does have an uncanny semblance to the real David Bowie. Alarmingly so." - Seven Streets, Liverpool.